Kovalev Laughs at Beterbiev's Taunts, Tells Him To "Get in Line"

Beterbiev has two amateur victories over Kovalev, from when they collided in tournament back in Russia.

Kovalev has long claimed that he was robbed on the cards when they met in the unpaid ranks. 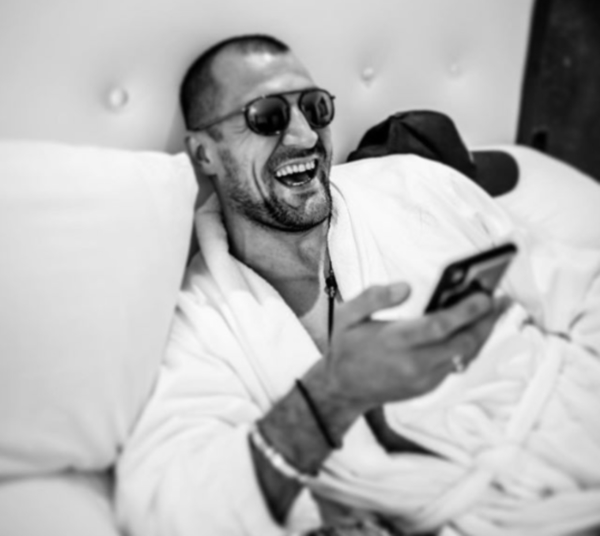 For years, they fought on rival networks and there were political issues that prevented them from facing each other.

But now both boxers are working closely with ESPN and Top Rank.

After his rematch win over Eleider Alvarez, Kovalev stated in a post-fight interview that he was ready to settle the score with Beterbiev.

And Beterbiev recently dared Kovalev to back up his words.

"Hi, Sergey Kovalev. After your rematch against Eleider Alvarez you regained the WBO title and told the media you wanted a unification fight against me. I immediately agreed and instructed my promoter to contact your team and organize the fight," Beterbiev stated.

"And despite your numerous interviews about your desire to fight me you have not still accepted my invitation. So I am addressing this invitation to you again, but this time personally and publicly. Sergey, let’s put an end to our boxing relationship once and for all! No plausible reason could be given to prevent our fight from happening: a unification title bout is a top priority for any major boxing organization and Top Rank would only welcome such a fight.

"In Russia you were nicknamed ‘Noodles’ and in the US you named yourself 'Krusher.' So which of these nicknames suits you best? It depends on your answer. Our fans are waiting for it. I am waiting for it. The clock is ticking."

But Kovalev does not view Beterbiev as a necessity at the moment.

He has a mandatory defense on the table, against Anthony Yarde for the month of August in Russia.

And, Kovalev is being pursued for a potential September clash with Mexican superstar Saul "Canelo" Alvarez.

"I have read the information on the internet that the IBF beltholder in my division is excited and wants a unification fight with me. So, I will answer you about this. For now he can stand in line. According to the plan, I have a mandatory defense against Anthony Yarde from England," Kovalev said.

King Nelo's swag is already rubbing off on Kovalev and they haven't even got in the ring yet!

whats with the Gwozdyk-Ramirez, Bivol-Browne, Kovalev-Yarde and Beterbiev-Hart, make these fights first and get rid of your mandatories then fight each other

If someone call you "noodles" you kinda have to fight them. Forget a prize fight, you meet them in the parking lot.

I want to see this fight but mandatories are what they are and it's a part of boxing.

At some point, don't these 175 champs have to start fighting each other? Oleksandr Gvozdyk, Dmitry Bivol, and Beterbiev really need the big money they would get from facing each other, and losses in big fights have shown to actually…