Eleider Alvarez immediately took exception early in December when he was told following their press conference Sergey Kovalev claimed he over-trained for their fight.

Wait until Alvarez hears what Kovalev said Wednesday. The former champion claimed after an open workout to promote their rematch that Alvarez “got lucky” when he hurt Kovalev with a right hand that completely changed their light heavyweight title fight in the seventh round August 4. 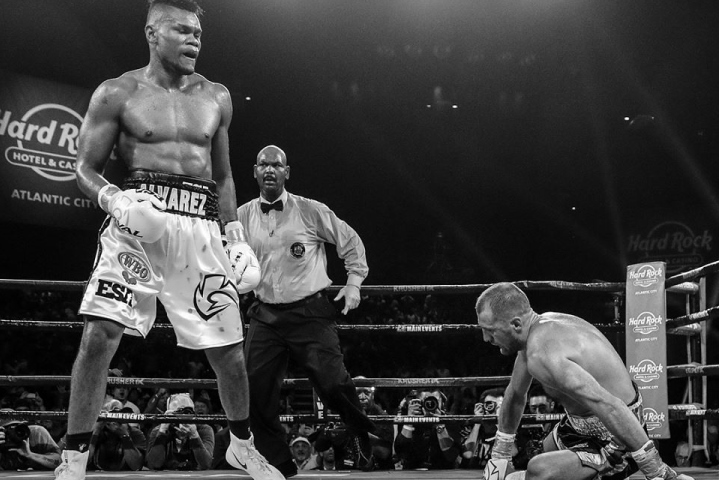 “The last fight he got lucky,” Kovalev said Wednesday. “He got lucky, of course. “I lost concentration for just a couple of seconds – a lack of attention just for one second. Then I couldn’t get focused after the knockdown.”

“Maybe I wasn’t ready enough,” Kovalev said of his loss to Alvarez. “I don’t want to use it as excuses, but on Saturday I will prove that I am better than Alvarez. And that is my goal, to get my belts back. That’s my goal right now and it is a big motivation.”

The 34-year-old Alvarez is a slight favorite over Kovalev in a main event Saturday that’ll be streamed by ESPN+ a little after midnight ET/9 p.m. PT.

Kovalev came to the Dallas area trying to remain focused now that a woman who alleged Kovalev caused serious injuries by punching her in the face in June has filed a lawsuit against the former champion. He faces a felony assault charge in that case, but he has done his best to keep his concentration on his immediate rematch with Alvarez.

“My prediction is that I will get back my belt,” Kovalev said. “I don’t know how, but I will get it back at any price or any cost.”

[QUOTE=Boxing1012;19489996]K. You are so disingenuous. I said - Not much happening, besides getting lit up in one exchange and almost dropped with a jab. 2 rounds of the first 6 were fairly close and both of those in isolation should…

[QUOTE=harry-greb;19489952]Round 4 Ward shooting jabs to the body then a clinch (kovalev expending a lot of energy underhooking wards arms and walking him back to the ropes to prevent infighting) They exchange jabs. Ward concentrating on the body, kovalev sneaking…

[QUOTE=harry-greb;19489584]Round 1 - feeling out round. A lot of feinting, some nice jabs from both fighters. Yeah that hard kovalev jab won him the round. Round 2 - not much to say. Ward was in trouble. I remember thinking at…

[QUOTE=harry-greb;19487089]You forget to mention that I think there were a couple of swing rounds in the first 6 rounds. They could have gone either way. I have consistently produced facts and stats to back up my argument. You, on the…