Kovalev Jabs Jackson: After 10 Years, I Finally Got a Real Coach!

When he first came to the United States, Kovalev was being trained by Don Turner and then by Abel Sanchez in Big Bear, California. Their relationship only lasted for a few fights before Kovalev departed to search for someone new.

He eventually hooked up with former world champion John David Jackson, who began his new career as a trainer. 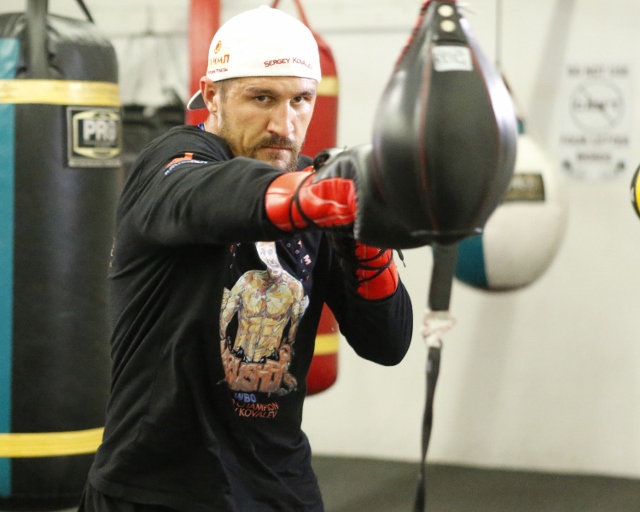 But then Kovalev suffered back to back defeats to Andre Ward in 2016 and 2017.

The training camps for those bouts were not ideal, as there was growing tension between Kovalev and Jackson.

A falling out would take place, with both parties taking verbal swipes at each other in the press.

Kovalev would being on a team of trainers from Eastern Europe, and that relationship did not last very long.

He eventually turned to McGirt, who helped him recover his WBO title with a dominant rematch decision over Eleider Alvarez. And in August he helped Kovalev rally back from near defeat, to stop unbeaten banger Anthony Yarde.

Kovalev is back on November 2 at the MGM Grand in Las Vegas, where he defends the title against Mexican superstar Canelo Alvarez, who moves up in weight by two full divisions.

However, the tension between Kovalev and Jackson has continued, with the trainer recently telling BoxingScene.com that Canelo was going to beat Kovalev - and also stated that the Russian boxer was on the decline and very vulnerable to the body.

Kovalev jabbed back, indicating that right now he finally has the services of a real trainer in the corner.

“I believe in Buddy 100 percent. This is a real coach. After 10 years I finally have gotten a real coach,” Kovalev told The Washington Post.

What does all this say about Kovi ? He’s been through more fughin trainers than a baby goes through fughin diapers JDJ might be an azzhole but Kovi is an even bigger one Let alone the switching of trainers over…

[QUOTE=Oldskoolg;20068515]Just Italian???? English football is notorious for it as well. European football attracts the worst of european thuggery[/QUOTE] You don'tn seem aware of how bad Italian fans, players and media are. Just yesterday a tv presenter was fired for making…

your greatest years as a fighter were with him you just didn't really listen and ruined it for yourself, self accountability is an important trait