Kovalev Explains Why He Turned Down 'Big' Offer To Fight Canelo

It wasn’t too little, but it was too late.

By then, though, tickets were already on sale for Kovalev’s mandatory defense of his title Saturday night against Anthony Yarde in Chelyabinsk, Russia, Kovalev’s hometown. Kovalev also would’ve had to pay Yarde a hefty fee to step aside and allow an Alvarez-Kovalev fight, an alternative Yarde says he wasn’t willing to accept at that late stage.

“Yes, we did have an offer,” Kovalev said during a press conference Wednesday in Chelyabinsk. “I have to say that the tickets were already on sale. Official agreements were already made. It was just three weeks before the fight. And the offer was indeed a big one, a substantial one. But you never do it like that, because I have to be here. This is my home and this is not what I do. Everything was already agreed. My primary task is to defend the title. If the fight will still be very interesting for Canelo [after Saturday night], OK.” 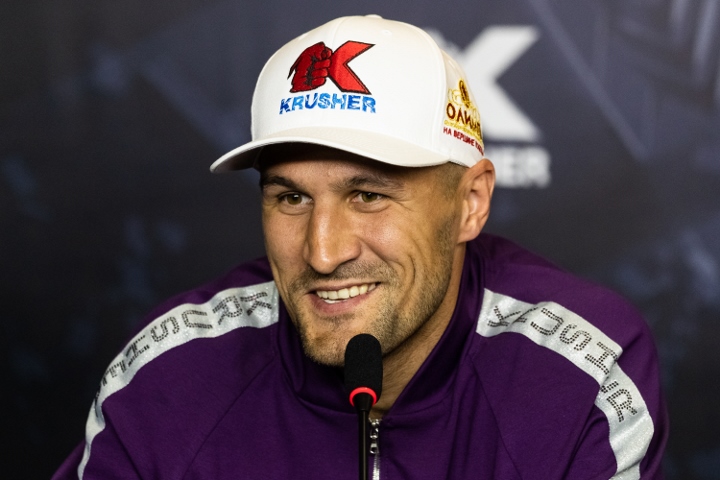 The 36-year-old Kovalev (33-3-1, 28 KOs) is just a slight favorite to beat Yarde (18-0, 17 KOs). The comparatively inexperienced Englishman again predicted Wednesday that he’ll knock out Kovalev, who has lost by technical knockout twice since June 2017, to Andre Ward and Eleider Alvarez.

[QUOTE=whoseyourdaddy;20005280]Why would Canelo call a nobody, no name, no future nobody like Yarde? are you that Stupid & dense? If that ever happend your Bïtch @ss would be the first one to cry about Canelo's choice of Yarde. So sit…

[QUOTE=Kiowhatta;20004198]I didn't think I could resent Canelo anymore than I already do. This guy is running around like a child in a candy store shouting 'I want that one, no now I want that one.' He doesn't respect the fact…

[QUOTE=MASTER OF you;20002719]lol this fool clenelo tried to make the fight once kovalev and yarde had both agreed to fight! it was nothing but a publicity stunt! typical coward move![/QUOTE] But reports say if Kov wins, the fight vs Canelo…

[QUOTE=BLASTER1;20004030]LOL he is. He's fighting the guy Canelo dropped his belt to. So who's the coward?[/QUOTE] Dumb åss it was Dereviachenko(more like mother Phuker Haymon) who dropped the ball, Canelo Offered 5 Million and they refused it, than turn around…

[QUOTE=_Rexy_;20002765]At his age, Kovalev is the weakest of the big 4. Bivol even offered to go down to 168. Nail would dance beat him and Canelo would likely die from a Beterbiev jab. If Yarde beats Kovalev and looks like…