Korobov: I Felt Heavy, Not Sharp Enough, I Have Things To Work On

Fairfax, Virginia - In the opening television bout middleweight contenders Matt Korobov of Orotukan, Russia and Immanuwel Aleem of East Meadow, N.Y. stalked each other for 10 rounds.

They took turns pressing the action and playing the aggressor, dishing out and absorbing the best that each had to offer. In the end Korobov (29-2, 14 KOs) and Aleem (18-2-1, 11 KOs) had fought to a majority draw. 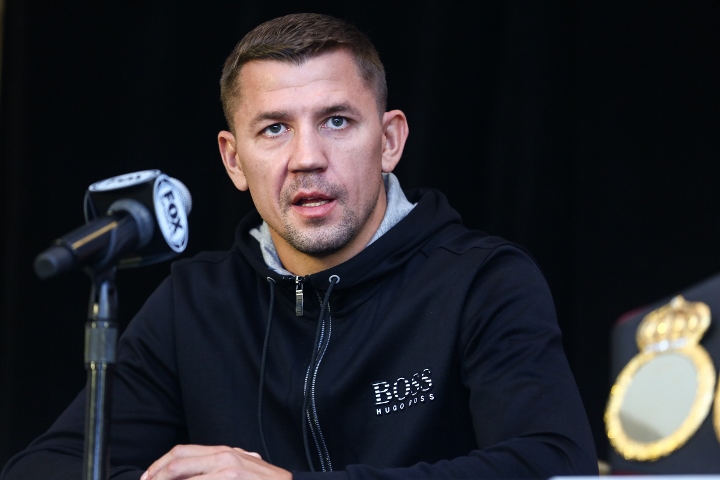 In the sixth round Korobov landed a combination that rocked Aleem and had him in trouble momentarily. But Aleem weathered the storm. Aleem came out strong in the ninth round, practically running across the ring to meet Korobov, who had slowly raised his 36-year-old body off the corner stool at the last second.

Sensing the close nature of the fight, both Korobov and Aleem unloaded and landed some heavy shots seeking to keep the outcome away from the judges’ scorecards.

Aleem said he thought he won the fight.

“I didn't feel like he was doing enough. I was trying to use my range. He was just touching me. I realized when I started hitting him that he didnt have the gas.,’’ Aleem said. "I am faster than people think. I see open shots better than people expect. I made a statement tonight and I want to keep making statements."

Korobov , who lost a unanimous decision to Jermall Charlo in his last fight, said he felt sluggish during the match against Aleem.

"I felt heavy and not totally sharp enough. It was hard to react and stop him from going inside. I have things to work on.,’’ Korobov said. "He was tougher than I expected. He wasn't as strong as Charlo, but he is a really good fighter. He kept coming forward. He wasn't afraid. He just kept throwing punches."

[QUOTE=j.razor;19739341]Those people that "felt" he beat Jermall were just trying to shet on Mall. Mall clearly beat korobov.[/QUOTE] I was at the fight and Charlo did beat Korobov. He took the fight on short notice and gave a pretty good…

I would like to add that he and golovkin could possibly have benefited from a move to 168 around age 32,33 as the bodys metabolism slows in the thirties making the cut harder

Its called being a clean fighter at 36, im sure golovkin can sympathise this point of korobovs.

[QUOTE=killakali;19738913]He’s an under achiever his chances got ktfo. [B]The fact that many felt he beat Charlo is an indictment on Charlo[/B]. Not a compliment for korobov[/QUOTE] Those people that "felt" he beat Jermall were just trying to shet on Mall.…

See what happens when you dudes keep lying (saying he beat Mall & trying to discredit Mall).