On Saturday at Korakuen Hall in Tokyo, there was a boxing event staged by the Kyoei Boxing Gym.

This boxing evening was referred to as "Fight Koki Kameda Farewell" for a live broadcast by TV Abema (a Japanese inernet TV company). The protagonist of this evening was former triple world champion Koki Kameda.

In an exhibition fought over six rounds, using 10-ounce gloves and no head gear for the two southpaws, Kameda (33-2, 18KOs) collided with another former world champion, Pongsaklek Wonjongkam (91-5-2, 47 KOs) of Thailand. 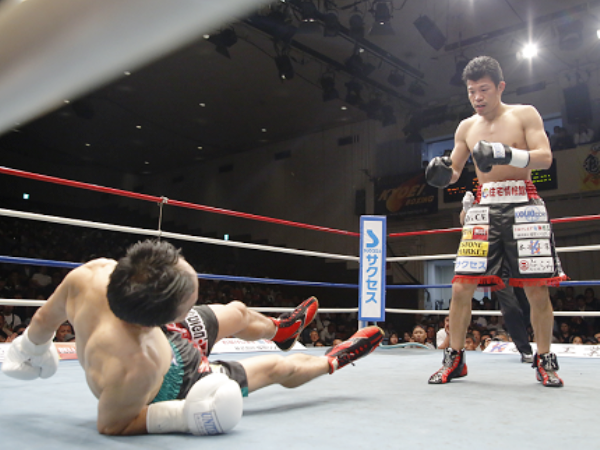 From the first round, Kameda placed a lot of pressure on Pongsaklek. The aggressiveness of Kameda paid off as he scored a big knockdown with a solid left hand in the second round. The verteran Thai fighter got off the canvas with very wobbly legs. It was the precise moment when the referee stopped the actions of two fighters to save Pongsaklek from further damage.

Keiichiro Kanehira, the manager-promoter of Koki, as well as the chairman of Kyoei Boxing Gym in Tokyo, wanted the fight with Pongsaklek to be an official eight rounds with the approval of the Japan Boxing Commission (JBC), but the JBC refused to give a license to Pongsaklek, 40 years old.

According to the laws of the JBC, boxers who exceed 37 years of age are not allowed to fight in Japan. So the conest was forced to become an exhibition fight.

After this exhibition, Pongsaklek stated - "Personally I want Koki Kameda to continue his boxing career. His punching power is at a level suitable for capturing a world title again."

Back in 2010, Pongsaklek handed Kameda his first career defeat and captured the WBC flyweight title. Kameda had retired from boxing following a title fight loss to Kohei Kono in Chicago in 2015.

Smdh he needs to hang it up.

This is some throwback sh1t...

haha wtf? tell me my boy pongsaklek is going for 100 wins.