Klitschko Would Consider Ring Return - If There is History at Stake

Former WBO, WBA, IBF, IBO heavyweight champion Wladimir Klitschko would consider the possibility of a ring return - if the comeback bout in question would have some historical meaning.

Klitschko, 42-years-old, announced his retirement a few months after his final career bout in April of last year, after suffering an eleventh round knockout loss at the hands of Anthony Joshua in a fight that drew 90,000 fans to Wembley Stadium for the WBA, IBO, IBF unification.

It was Klitschko's first bout since November 2015, when he was outboxed over twelve rounds by Tyson Fury. 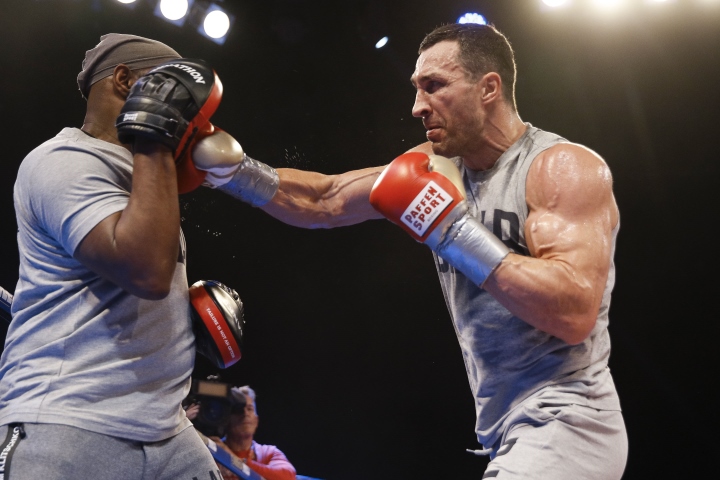 Klitschko's performance against Joshua was considered to be one of the best of his career. He was down in the fifth round and the end appeared to be near - but he fought his way out of trouble, took over the fifth, and then dropped and nearly finished Joshua in the sixth. An upset appeared to be on the cards, until Joshua rallied down the stretch to drop Klitschko two more times for the stoppage win in the eleventh.

Klitschko is still a big fan of the sport, follows everything, and like most retired fighters he gets the occasional itch to box again.

He would seriously consider another fight - if the opportunity had historic meaning, like a breaking a record with a world title win.

"[To potentially return to the ring] it must be something extraordinary [to get me to come out of retirement].... [something] incredible. I've still got it, but I don't know for how long I'm going to remain in the same shape," Klitschko said to Fox Sports.

"But if I can become a 45-year-old, a 46-year-old, and if I've still got it, and if I will have sparks in my stomach, I would think that this extraordinary moment could be to break the record, and become the oldest heavyweight champion.

"I mean, obviously now there is only one guy, George Foreman. But then, I might think about it."

so if someone who is not that good has 1 of the 4 belts because one of the top guys vacated to avoid mandatories , wlad will return to break foreman's record boxing is a mess , only sport there…

That Fury loss haunts him to this day. He wants revenge.

[QUOTE=Jkp;19245833]Only a complete and utter 1diot would think wlad was at his best in the joshua fight at 42 years old.[/QUOTE] What's the most memorable Wlad fight for you? Unless he was getting KOed by people like Brewster and Sanders,…

[QUOTE=BoxingIsGreat;19243927]The best fight I've ever seen Wlad in was his last against Joshua. He finally turned me into a fan with that single fight. Please keep it that way, Doc![/QUOTE] Only a complete and utter 1diot would think wlad was…