The first COVID-formed live action in Russia will take off in just one day, as the Patriot promotional company presents a closed-door, witness-free yet televised boxing event. The event, which is said to follow the strictest requirements, imposed by the ongoing pandemics, will take place in Moscow in will be aired live by the MatchTV at 7 PM LT on June, the 15th.

Russia has been severely hit by the COVID-19 (the third largest number of cases only behind the USA and Brazil) but in Moscow, an original epicenter of the country spread, its transmission rate has slowed down considerably, while the plateau is reached in a whole state. The self-isolation regime has been cancelled by Moscow mayor Sergey Sobyanin, though mass-sport activities are under consideration at the time. Danger isn’t behind, however, as Russia produces about 8K-to-9K new cases daily (though Moscow saw a significant drop from about 5K at the peak to 1.5-2K recently) so the event will be held without spectators.

Headlining the show is recent debutant Khariton Agrba (2-0, 1 KO), an ethnic Abkhaz who represents Russia in the ring. Agrba was first scheduled to face Alexander Podolskiy (11-1, no KOs) but the latter suffered an injury and was replaced by the hard-nosed local Armenian Manuk Dilanyan (11-3-1, 4 KOs). The bout is scheduled for ten with a vacant WBA Continental 140lb title at stake. 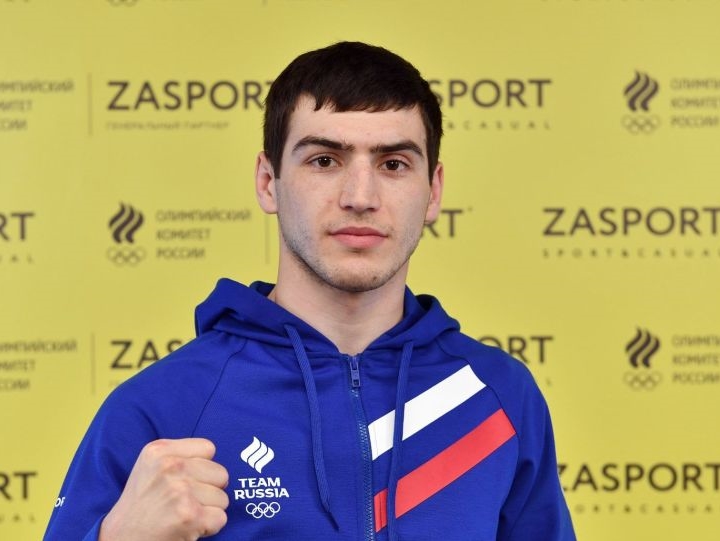 Agrba, 24, doesn’t plan to concentrate solely on prizefighting. He is also in steep competition for a place in Tokyo 2021 Olympic squad. It looks like an uphill battle versus a very established fighter in Andrey Zamkovoy (2012 London bronze medalist and 2019 world amateur champion), who has several wins over Agrba, but Khariton, who himself has a banner win over famed Cuban Rosniel Iglesias Sotolongo, plans another run.

For now, it’s Dilanyan, however.

“The late replacement doesn’t bother me”, said Agrba. “I feel great, and I’m in a tip-top shape. I have watched Manuk’s fights. He is taller than me and has a reach advantage. He can sustain pressure, and he is a solid fighter, so it’s a test for me. I hope I will rebuff [Dilanyan’s offence] and pass it with flying colours as I need to move up”.

Meanwhile, the Patriot company has amended its headquarters. The new general director is Nikolay Subachev, who has a long story (and MBA degree) in business and has been recently involved in boxing.

During an online, Zoom-fueled presser Subachev and Patriot’s sportive director Eduard Kravtsov (himself a famed coach) revealed some plans, which includes:

• Another pro boxing show, tentatively set on June 24, which see a debut of a three-time national champion Albert Batyrgaziev in a ten-round minor title fight

• The pre-scheduled return of the WBA gold (and former full WBA) champion Fedor Chudinov (22-2, 15 KOs) as a part of July 22 Boxing Day festivities

• Ongoing negotiations for a signing of ex-unified (WBA/IBF) cruiserweight champion Murat Gassiev (26-1, 19 KOs), who hasn’t been seen in the ring since his bitter loss to Oleksandr Usyk in July 2018.

Can this be found anywhere in the USA?