The World Boxing Council (WBC) has sanctioned the organisation’s Vacant International Welterweight title to be contested between Amir Khan and Billy Dib on Friday 12th July at the King Abdullah Sports City in Jeddah, Saudi Arabia.

It was announced yesterday that Khan would now face Australian Dib after original opponent Neeraj Goyat was forced to withdraw following his involvement in a serious car accident that has required him to have hospital treatment.

The history-making fight between British-Pakistani Khan and India’s Goyat would have been the first time the two nations had met in the boxing ring and the WBC had commissioned a special one-time Pearl Championship belt to commemorate the landmark fight. 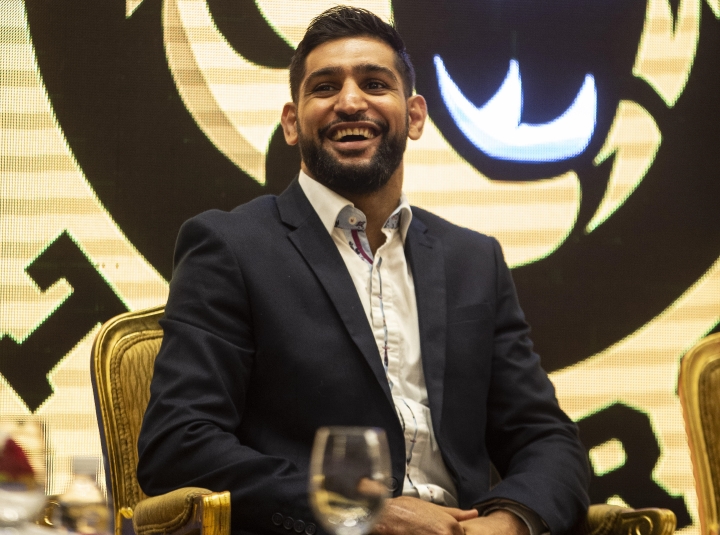 However, with the unfortunate withdrawal of Goyat, the WBC President Mauricio Sulaiman has now given permission for the Vacant WBC International title to be on the line instead when Khan and Dib, both Two-Time World Champions, meet in the ring on fight night.

Sulaiman said, “The fight between Amir Khan and Billy Dib is now officially confirmed for the WBC International title and I’m proud that it will be contested for at the magnificent King Abdullah Sports City stadium in Jeddah.  The specially commissioned WBC Pearl Championship belt that was due to be challenged for will now be contested at a future date.  The winner of Khan and Dib will receive a WBC ranking in the top five of the welterweight division.”

The event titled Red Sea Fight Night staged during the Saudi Seasons - an initiative aimed at transforming the Kingdom into one of the most important tourist destinations in the world - has other titles fights on the show: Hughie Fury vs. Samuel Peter - Championship Title TBC; Prince Patel vs. Michell Banquez - IBO World Bantamweight Championship; Dave Penalosa vs. Lerato Dlamini - WBC Silver Featherweight Championship

The WBC has to be the most openly corrupt sanctioning body right now. Sulaiman kissed Canelo's ass non stop during the Clen bullsh[I]i[/I]t, invented a f[I]u[/I]cking belt to keep him away from CharMall, and will possibly give Khan a high…

pathetic from the wbc

[QUOTE=kavi521;19871415]That is true but at least Horn was a welterweight. Dib was at his best at featherweight. Man the WBC must love Amir if they will give him a top 5 ranking for the winner[/QUOTE] Well let's look at it…

[QUOTE=revelated;19864670]Dreams could come true. Happened for Jeff 'The Hornet' Horn after The Battle of Brisbane.[/QUOTE] That is true but at least Horn was a welterweight. Dib was at his best at featherweight. Man the WBC must love Amir if they…

[QUOTE=NachoMan;19864891]Mauricio is a chip off the old block. He learned everything he knows about mafia scamming directly from his old man.[/QUOTES] Straight up Cartel