Khan vs. Dib: Chuck Liddell, Israel Adesanya To Be Ringside

Expect the King Abdullah Sports City to be awash with stars from both the worlds of entertainment and sport when Amir Khan and Billy Dib collide for the WBC International Welterweight belt at the ‘Red Sea Fight Night’ in Jeddah, Saudi Arabia on Friday 12th July.

Last week, heavyweight Lennox Lewis – the 1988 Olympic gold medallist and former unified WBC, WBA and IBF king – confirmed his presence at ringside for the fistic feast in the dessert, live in the UK on free-to-air Channel Five and will feature a undercard fronted by the heavyweight collision between Hughie Fury and ‘Nigerian Nightmare’ Samuel Peter.

And this week UFC legend Chuck Liddell and UFC prospect Israel Adesanya, have confirmed their attendance at ringside to what promises to be an historic landmark night for the sport in the MENA region. 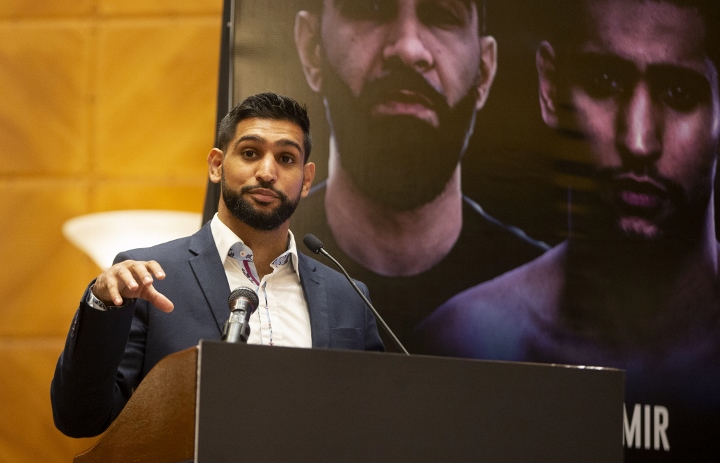 Khan v Dib takes place during Saudi Seasons, which promotes the Kingdom as one of the most important tourist destinations in the world, and during a packed week of activities, Liddell and Adesanya will give seminars at Fitness Time gym in Jeddah.

Liddell – billed as ‘The Ice Man’ for his capacity to strike opponents unconscious – is one of the MMA franchise’s greatest ever stars. And he knows a thing or two about boxing, having been introduced to the Noble Art by his maternal grandfather in his native Santa Barbara, long before he carved his legend inside the Octagon..

Joining Lewis and Liddell in Jeddah, will be Adesanya, one of the most colourful, controversial and clinical operators on the UFC scene and is a nominee for The Best MMA Fighter ESPY.

Born in Lagos, Nigeria but a resident of Auckland, New Zealand since the age of 13, ‘The Last Style Bender’s combustible high-kicks have taken him to the UFC’s ‘interim’ middleweight championship. A flamboyant showman and incorrigible sledger, the 29 year old has evolved into one of UFC’s biggest box-office draws.

Israel Adesanya is a sick fighter. in his last fight he fought anderson silva, i dont think he has fought since. this was like a couple months ago. so glad channel 5 picked it up. some nice boxing on at…

Channel 5 has it UK. Freeview

Billy Dib would be a decent enough name for anyone to fight.... at least 3 divisions lower than 147Lbs. What would be really funny is if Khan's glass jaw is further exposed by someone far smaller than him.