He began his career with Frank Warren, but through the years he's been handled by Premier Boxing Champions, Golden Boy Promotions and at the moment he's working with Eddie Hearn. 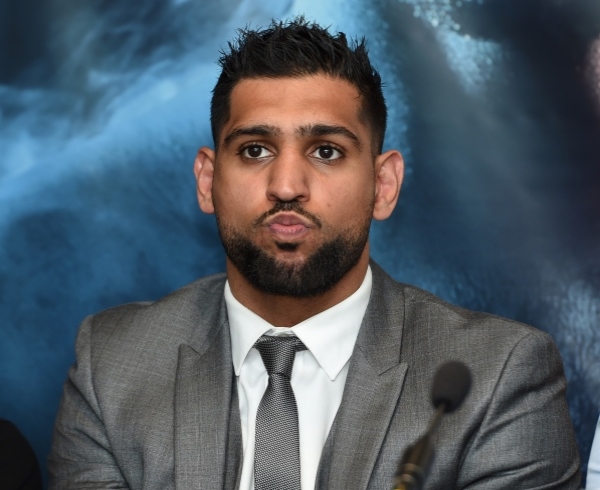 Until recently, it was believed that Khan would enter the ring ring against domestic rival Kell Brook in the first quarter of 2019.

Khan reveals that his final hurdle in the sport is motivating him to face someone like Crawford.

“I want to make sure I’m not in the game too long where I get forced to leave the sport because I have an injury,” Khan told Boxing News. “I feel great at the moment but I don’t want to keep pushing it. I’ve had some big fights in my career and been hurt a few times as well but luckily I’m still okay mentally and physically. I want to make sure I don’t keep risking yet.

“Looking at it, I’ve two or three fights left. I know that I’ve only got a very short time left in the boxing game. I want to maximise what I’ve got left in me. In a heartbeat, I’d take that fight [with Crawford]. Because I really believe that the Kell Brook fight will always be there. Unless I get a brilliant deal that I can’t turn down.

At the moment I’m getting a brilliant deal from people like Crawford where it’s hard for me to turn down. Because when you’re getting the chance to fight for a pound-for-pound title, which I’ll never ever get [again]. For you to have the opportunity, it’s amazing. These are offers that are being put to me, so let’s see. Kell Brook’s a big fight, don’t get me wrong, but how big is a pound-for-pound fight? Not many people in their career will ever get the chance. I’ve got the opportunity there.”

khan should take the crawford fight. tc might stop him but unless he gets completely massacred then he can fight brook for his retirement fight. his speed can frustrate bud but his poor ring iq will get exposed. or actually…

It's a no brainer. Bud has a belt+ $5million, Brook only has money+ difficult negotiations. Khan will be put to sleep after Bud touches his chin... Brook too, if Khan doesn't break his eye socket first.

After Crawford knocks you out, that number is gonna turn into 0.

AWAKE YOUNG MAN AWAKE!!! Crawford WILL KO you !! It will not be good !!