Khan: I'm Speaking To Hearn About Facing Kell Brook in 2020

British superstar Amir Khan has revealed that he is currently in talks for a domestic showdown with Kell Brook in 2020.

Brook has been inactive since December 2018, when he had his fair share of issues in a winning a twelve round decision over Michael Zerafa.

Khan and Brook were in line to fight each earlier this year, but Khan went in another direction by agreeing to face WBO welterweight champion Terence Crawford in April. Khan was stopped in the fight, but has since come back with an easy TKO win over Billy Dib. 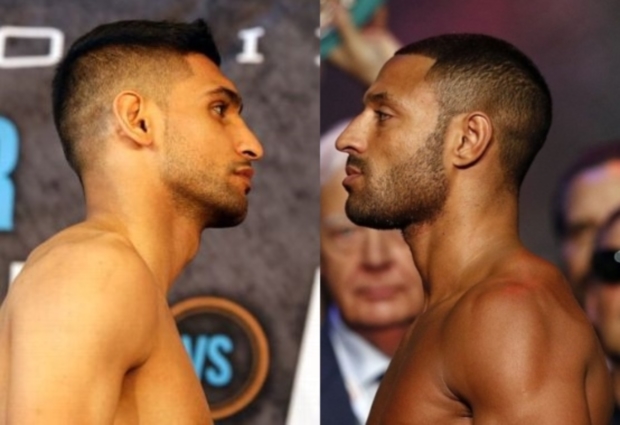 Brook has had injuries and issues outside the ring, which have sidelined him. Recently it's come out that he reunited with longtime trainer Dominic Ingle and is actively in training for a potential return at the end of the year.

Khan is also planning to fight for a third time in 2019.

Regarding a Khan vs. Brook showdown, nobody is holding their breath as the contest has been discussed for several years and always falls through for one reason or another.

"I think it's a great idea, definitely. I think both of us will be fighting end of the year and then we see early next year that fight between me and Kell [Brook] can happen," Khan told Pep Talk TV.

"We are both similar age, I think it's a fight that we've been trying to make for a very long time and I think it's getting very close to it now. I've worked with Eddie Hearn for a couple of my previous fights and I think going back and working with him on this fight against Kell Brook will be massive.

"We are in talks with Eddie and Kell's team so hopefully we can make that fight happen. Its a fight that the public want, it's a massive fight in Britain, so let make it happen."

Heard it all before many, many times; so not holding my breath on this one unless fast Eddie confirms a signed contract to the press. Still a good fight, however it's not the genuine PPV headliner it would have been…

[QUOTE=Sosay;20073145]Have fun with this UK! The rest of us could care less![/QUOTE] Then you must care something, unless you couldn't care less.