Khan Gets Advice From Mike Tyson, As Crawford Fight Looms

According to British superstar Amir Khan, he received some inspirational words from one of the biggest names to ever step inside the ring, former undisputed heavyweight champion Mike Tyson.

Khan is putting the finishing touches on his preparation, as this coming Saturday night he will challenge WBO welterweight champion Terence Crawford at Madison Square Garden in New York City. 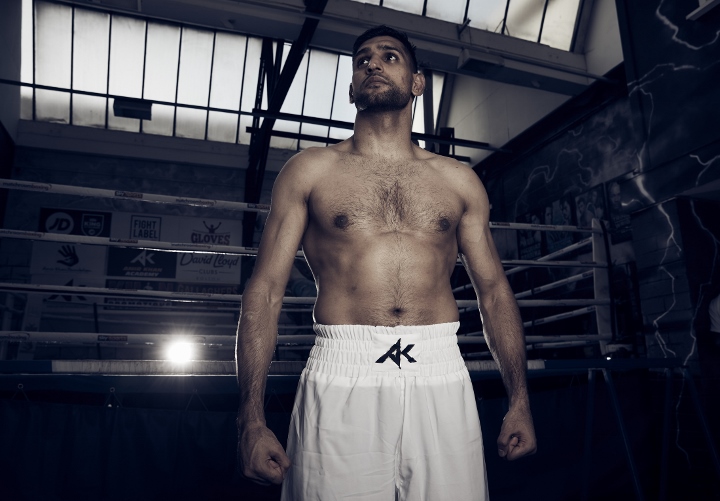 Khan recently sat down with Tyson and asked him for some advice in the lead-up to this ESPN Pay-Per-View clash.

He felt Tyson's words were very helpful, for training purposes and also on a career level.

“I asked what it was like when he was trying to train and the distractions were there — what he did, because he was so dedicated and disciplined. He kind of locked himself away to train and, he didn’t say this, but I think his career started going down the wrong way when he started to make money and have other friends coming into his circle," Khan told The Mirror.

“He’s a lovely guy and I think people took advantage of him. I have had to get rid of the people who used to try to take advantage of me, you have to be very selfish. When people are taking advantage of you, you have to make sure you are one step ahead and think about yourself, your own career and your own life.”

Khan is still very confident that his speed and boxing ability will trouble Crawford greatly during the fight.

“Crawford is a great fighter but I just feel that, technically, I have faced better fighters than he has. I don’t know if I have faced a better fighter than him, but I know I’m going to be more than ready for whatever he brings to the table," Khan said.

“He has fought Yuriorkis Gamboa, he was a very good fighter, very quick. But I don’t think he has ever fought anyone like me.

[QUOTE=BigStomps;19662155]What's wrong with being a womanizer?? Don't you like pu-ssy? Are you a qu-eer or what??[/QUOTE] Relax stomps it was a joke, there’s no one to go lynch tonight.

tysons advice of not letting people take advantage of you is good advice, however people already know this, but yet it still happens..... so has he got an answer for that one ^^ there are all sorts of ways people…

I read Tyson's autobiography. After Cus D'amato died he almost put no effort into training. He got Knocked down in sparring before big fights, had sex with random women right before fights. Had to feign illness to get fights cancelled…

All I read is that Khan is distracted by all the attention, and best advice Mike could have given him is 'focus on your training like Crawford is'