Neeraj Goyat has withdrawn from his fight against Amir Khan.

“We are very sad to inform that our star Indian boxer, Neeraj Goyat, who was preparing for his mega-fight against Amir Khan, [was involved in] a car accident last night that caused him severe injuries on his head, face and left arm,” Dosanjh told the Indian Express. “He is currently in the hospital and we wish him a speedy recovery. We are in the process of looking for Neeraj’s replacement.” 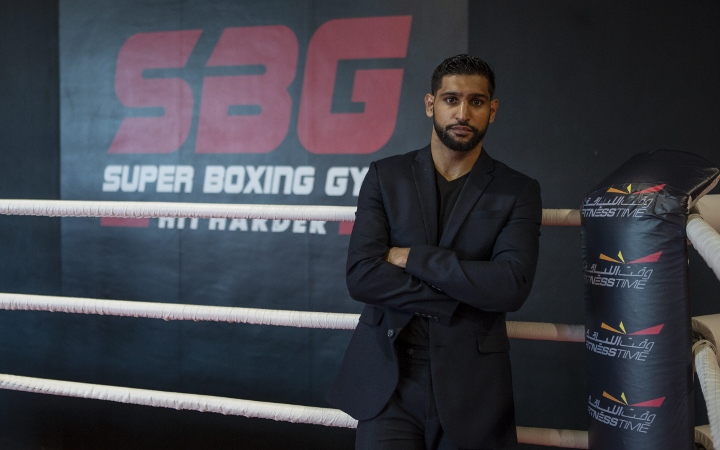 Khan sent out a Tweet on Wednesday that stated he’ll instead fight Australia’s Billy Dib on July 12 in Jeddah.

Dib met Tongmala at the lightweight limit of 135 pounds. Khan and Goyat were scheduled to box at welterweight, 12 pounds higher.

The weight limit for the Khan-Dib bout has not yet been revealed.

The 32-year-old Khan, even coming off a technical-knockout loss to Terence Crawford two months ago at Madison Square Garden, would’ve represented a steep step up in competition for the 27-year-old Goyat. In his most recent fight, a six-rounder, Goyat beat 40-year-old Mexican Carlos Lopez Marmolejo (9-7-1, 5 KOs) by unanimous decision in Toronto.

Khan accepted their bout, which would’ve matched a fighter of Pakistani descent against an Indian boxer, because it would’ve paid the former IBF/WBA 140-pound champion a seven-figure purse.

Pakistan is geopolitically aligned with the Saudi savages, that's the main reason why Khan is getting this payday. The Saudis don't have any locals to cheer for in Sports, so a Pakistani-Brit like Khan is close enough. Don't know why…

lol at this point its pointless watching khan now

Why is khan still relevant??? nobody cares.