Khan: Dib is Very Dangerous, Look What Happened To Joshua!

Dib is moving up by two weight divisions, to welterweight, to face Khan on Saturday night in Jeddah.

And Dib is taking the fight on short-notice as a late replacement opponent. 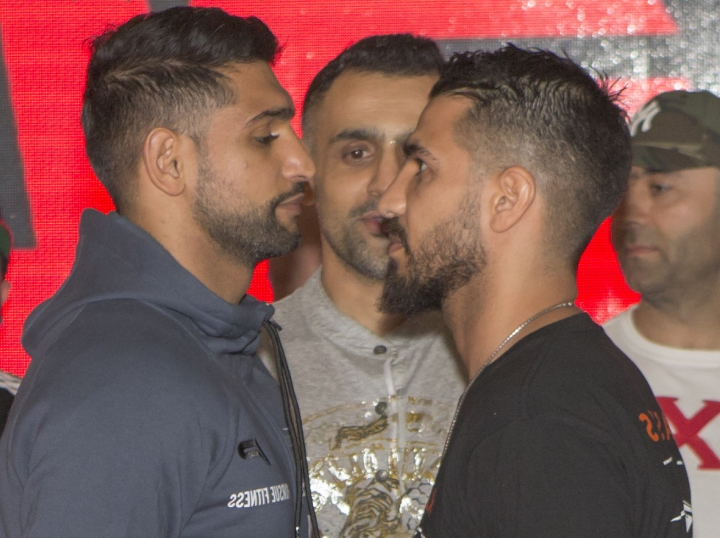 According to Khan, he is not listening to the critics and is taking the contest very seriously to avoid the possibility of being upset.

Khan reflects on what took place last month, when Andy Ruiz was a massive underdog, and accepted a fight with Anthony Joshua on short-notice, and pulled off a massive shocker when he dropped Joshua four times for a TKO victory in the seventh round.

Khan says he will not make the same mistake as Joshua.

“Definitely,” Khan said to The National. “It happened to AJ, it’s happened to other fighters as well. So I know the unexpected can happen and it’s why I never ever go into a fight thinking it’s going to be easy. I’m always going to train out of my skin. I would never think I could afford to make those mistakes, especially at this stage of my career.

“For AJ-Ruiz, everybody thought Ruiz [had] no chance. Just looking at both fighters you can’t put them on the same page, but obviously Ruiz caused the biggest upset in boxing. So it can happen in any fight; it can happen in this fight. That’s why I need to be switched on. If I want to have a good future in Saudi Arabia, and a good future in boxing, I have to make sure I do everything right.

“Billy is very dangerous. He’s a two-time world champion, and although he’s coming up in weight, you still have to respect a world champion and respect what he’s done in the game. I can’t take my eye off the game. Sometimes you can make mistakes when you make a change like this; a change can sometimes work for you, sometimes not. And I just hope it works in my favour for this fight.”

[QUOTE=The Problem;19890967]Hard fight for my boy Khan. Dib might 2 weight classes below khan's, but Dib was trained by Garcia few years ago.[/QUOTE] [QUOTE=Disturbed;19891051]Anything can happen in a fight. And Khan's chin / lack of proper defense does always bring…

[QUOTE=MrShakeAndBake;19891014]After the sh[B]i[/B]t he pulled with Crawford fight - this dude is irrelevant.[/QUOTE] Yeah, he quitted like a bi[B]t[/B]ch on that one.