Kevin Cunningham To Bring Stacey McKinley Aboard as Co-Trainer

World class Kevin Cunningham has advised BoxingScene.com that he has brought Stacey McKinley aboard to serve as his co-trainer.

For several years Cunningham trained out of his St. Louis, Missouri home town and worked with world champions such as Cory Spinks and Devon Alexander. 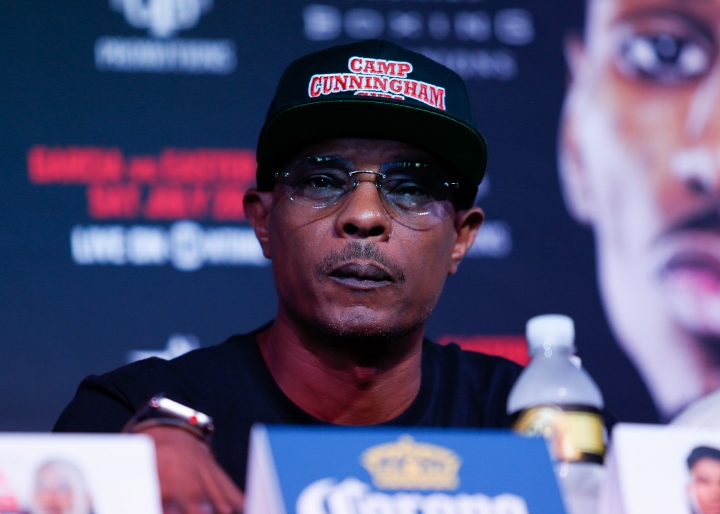 A few years ago he relocated to South Florida and opened up his Camp Cunningham gym. Out of his new gym he has trained Adrien Broner, Gervonta Davis, Erickson Lubin, Andre Dirrell, Robert Easter, Marcos Escudero and many others.

"I’m happy to announce that I’ll be joining forces with a good friend and a great boxing mind in Staecy McKinley, a former trainer of Mike Tyson.  Stacy and I have over 60 years of world championship training experience. We’ll work together to help develop fighters and prepare fighters for championship level fights,” Cunningham told BoxingScene.com.

Everybody has talent and can fight at the elite level. Winning at the championship level sometimes comes down to more than the fighters physical ability. The proper preparation, game plan, and strategy could be the difference in the outcome of the fight.”

Besides Tyson, McKinley has worked with the likes of Ricardo Mayorga, Jameel Mcline, Amir Imam, and several others.

The first fight under this new agreement will be Marco Escudero's rescheduled bout against Joseph George that will take place at the Mohegan Sun in Connecticut on August 1st and will be televised by Showtime.  George won their first fight via a controversial split decision last November.

Dayyyum Kevin you just let one of the biggest SNAKES in boxing into your camp, just ask Tyson, straight SCUM..

McKinley has some tried and true experience for damn sure. I remember him during the early Tyson (Mike) years.

I hope with the experience combine of Kevin Cunningham and Stacey McKinley, they make more Champion. I have confidence in them. :boxing: