On Saturday night, November 23rd, My Time Promotions will stage it's Inaugural card with a special Pro-Am card at The Riveredge Restaurant in Reading, Pa.

My Time Promotions is headed up by Heavyweight contender Travis Kauffman.

Kauffman will be promoting his 1st show in the same venue as his father, Marshall Kauffman of King's Promotions promoted his 1st show on August 21, 1994.  That day happened to be Travis Kauffman's 9th

"This is a great opportunity to get my promotional career up and going.  I have been around boxing since I was a baby.  I am an active fighter, I have trained fighters and now I am promoting.  I understand the business and have learned from the best, so on November 23rd, It is My Time to begin promoting," said Kauffman. 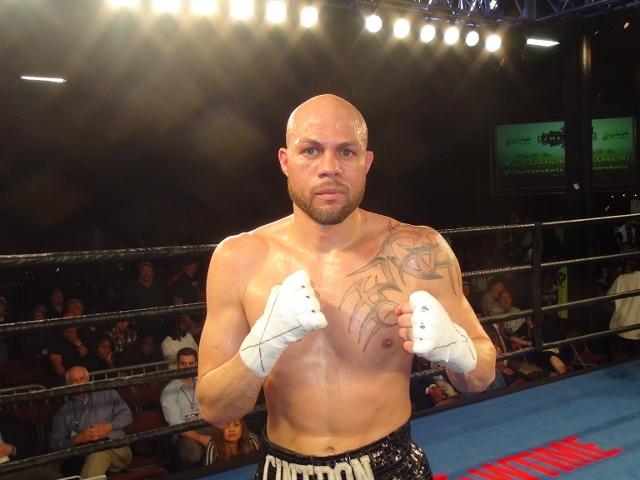 The show is also in association with King's Promotions.

The professional part of the card will have three bouts, which will be headlined by former welterweight world champion Kermit Cintron.

Cintron will be making his maiden voyage in the super middleweight division when he takes on Josue Obando in a six-round bout.

After losing the title, Cintron defeated David Estrada (18-2) and then won the IBF Welterweight title with a 6th round stoppage over Mark Suarez (25-2).  Cibtron defended the title twice with stoppage wins over Walter Matthysse (26-1) and Jesse Feliciano.

Cintron is coming off a no-contest with Marquis Taylor on February 13, 2018 in Bethlehem, Pa.

There will be 10 amateur bouts featuring some of the top young fighters in the area.

Kermit Cintron.. Hopping out of a ring near you.

Check out the records that some of these guys have 18-26 wow.

Not going to end well...

[QUOTE=wrecksracer;20175415]Ugh! remember when Sergio Martinez knocked him out, then Cintron convinced the ref that it was a headbutt? And then got a gift draw somehow? Worst officiating I ever saw.[/QUOTE] As a Cintron fan, I was glad he caught a…