MGZ Promotions, who handle welterweight puncher Kerman Lejarraga overseas, are going to execute a rematch clause for a second bout with David Avanesyan.

Lejarraga suffered his first career defeat on Saturday night when he was stopped by Avanesyan in the ninth round at the Bilbao Arena in Spain.

MGZ said in a statement - "We have signed a rematch option with David Avanesyan and we will execute it. We will inform everyone shortly. Lejarraga will take a few days off and will soon return to training. He has always been aware that at these levels you can win or lose, but he knows to never give up. We will work so that Kerman will soon have a return date and we hope to execute the rematch against Avanesyan in 2019." 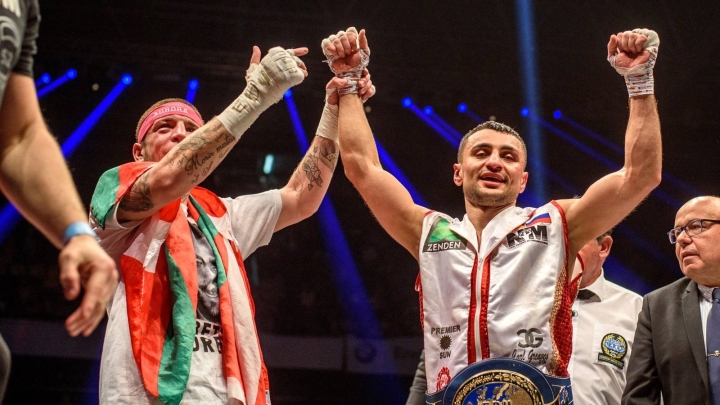 Avanesyan (24-3-1, 12 KOs) was able to expose the defensive flaws in Lejarraga (27-1, 22 KOs), who took a lot of punishment before dropping the EBU welterweight crown.

He was dropped in the fourth and battered during the ninth before the referee jumped in to wave off the contest.

There were 10,000 fans in the arena and the boxer was expected to make his United States debut in the aftermath of this bout. Now his career takes a different turn.

"We had a sad time last night, we very sad and could not believe what happened, when Kerman Lejarraga lost his European crown to David Avanesyan. We'll go ahead and congratulate the new champion, great job, David. We will get up. We have always believed in work and perseverance but, above all, in trying to achieve our goals with our feet always on the ground, step by step, fight by fight," MGZ stated.

"Do you know one thing? We will be back. Let's analyze what has failed and how we can improve, as always. A battle has been lost, but not the war. Boxing is a sport of constancy and from this moment our main objective is to recover the title we lost last night."

[QUOTE=Corelone;19629594]The way he lost gives me doubt. If he truly needs to learn something new, he should test it some where else. Don't give Ave two bites so soon, take the US debut vs undercard harry, nobody expects much now.[/QUOTE]…

The way he lost gives me doubt. If he truly needs to learn something new, he should test it some where else. Don't give Ave two bites so soon, take the US debut vs undercard harry, nobody expects much now.