As previously reported on BoxingScene.com, Amir Khan vehemently denied Terence Crawford's accusation that he quit in their WBO welterweight title bout after receiving a low blow from the champion.

Crawford had already floored Khan in the first round when, in the sixth, he caught his opponent with an accidental shot to the groin.

Khan took a couple of minutes to recover before declaring himself unable to continue as he and trainer Virgil Hunter took the decision to end the fight amid boos from the Madison Square Garden crowd in New York City. 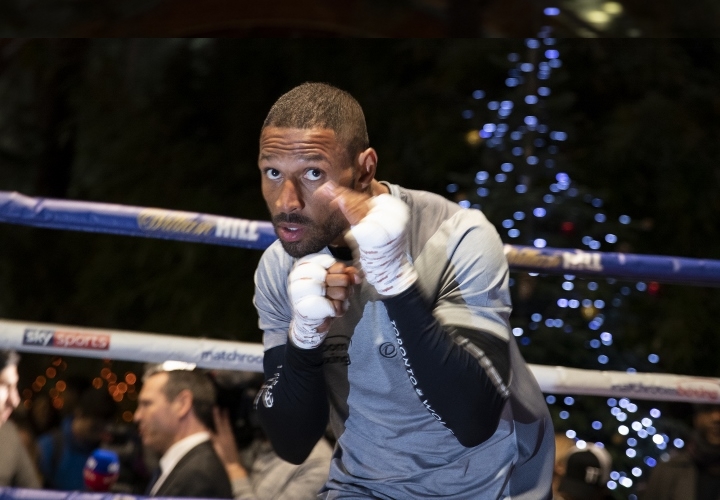 Crawford – ahead on all three cards – was awarded a TKO, extending his perfect record to 35-0, and in the subsequent media conference Khan was asked if he had given up.

"I have been knocked out in fights because I've tried to win fights."

Khan believes he can still do a showdown with rival Kell Brook, who also felt that his domestic rival quit.

Brook was ringside for the fight and he's more inclined to face Crawford for the WBO belt.

"At this minute [the Khan fight is] dead," Brook exclusively told Starsport.

"He's dissed me, he's rubbed me up the wrong way. If anything, he deserves a slap. He shook my hand and looked at me dead in the eye and he said that I'd be fighting him next, and a week or so later he's decided to fight Crawford.

"At this minute in time, I'm hunting for a top champion. I've got no scheduled fight, so I'm gonna be back in training and looking for a top contender."

[QUOTE=Robbie Barrett;19680090]Have you been living under a rock? Spences nipples have been talked about for years. Conte and Garcia were talking about punching them before their fight. :rofl:[/QUOTE] O I see..... If Garcia was talking about it, then I guess…

[QUOTE=pillowfists98;19682135]You know Porter hurt Thurman with a body shot too right? It happened in the 8th round.[/QUOTE] As I said, Porter is stronger than Collazo, and plenty of fighters have been hurt off shots they weren't prepared for. Means nothing…

[QUOTE=Sledgeweather17;19682319]You must have watched a different Porter vs Thurman fight. There's a shot Porter landed to the body that almost dropped Thurman and had him running for his life for an entire minute. Go watch the highlights you'll see.[/QUOTE] It's…

Brook would get dealt with by Bud

[QUOTE=revelated;19681827]Yes. Yes he damn sure does. I don't know why people are overlooking Shawn Porter - outside of Ugas he has had quality showings EVERY time. As far as losses, Duran lost to Hearns, Hagler AND Leonard...yet I don't see…