Kell Brook Denies Talk of a Falling Out With Dominic Ingle

Rumors began to build after Brook started training without Ingle for his recently announced return date of December 8th in Sheffield.

Back in March, Brook made his junior middleweight debut when he blew away Sergey Rabchenko in two rounds at Sheffield Arena. The victory was his first in nearly two years, after suffering back to back knockout defeats. He was stopped by Errol Spence in eleven rounds in May of 2017, and before that he was put away in five rounds by then unified middleweight champion Gennady Golovkin. 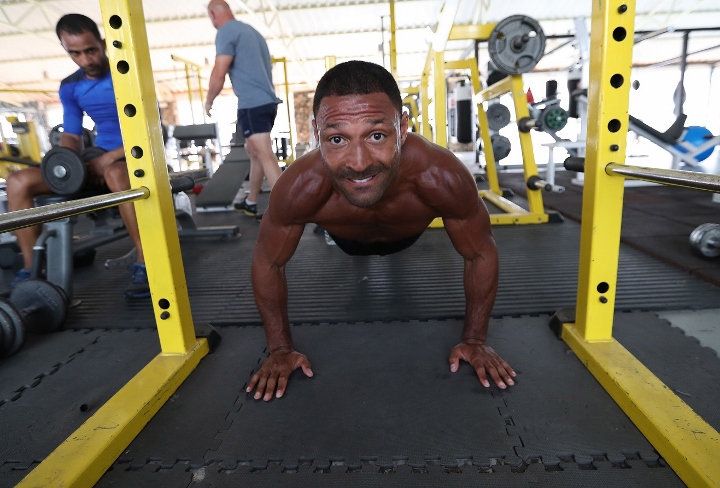 Brook was scheduled to come back a few months ago, but suffered an ankle injury in training camp and was forced to withdraw.

While Brook disputes that he parted ways with Ingle, he does confirm that Ingle will not be in his corner for the fight in December.

“Contrary to some stories and speculation, myself and Dominic Ingle have not fallen out. Dom is as dedicated a trainer as they come. He has been in camp [in Toronto] over recent months preparing fighters for big fights," Brook stated.

“I am now scheduled to fight on December 8th and to avoid disruption as well as ensuring I maintain momentum, I will continue to base myself out here in Fuertaventura for this bout. Preparation has this far gone very well and in the interest of maintaining this momentum, for this particular fight, Dom Ingle cannot be in my corner.

“Meticulous work, dedication, preparation and focus has gone into this camp and I will continue to grind until fight week.”

Beyond December, Brook hopes to land a showdown with his domestic rival, Amir Khan in the first quarter of 2019.

"I was ringside for Amir Khan's last fight, so let's see if he'll be there on December 8, or will he be too shook for Brook? Wherever he is, he'd better be watching. 'The Special One' is back," Brook told Sky Sports.

[QUOTE=petero;19236399]Snitch? It's called being EXPOSED rightfully so. You need to be exposed for what a slimey little weasel that you are, period[/QUOTE] Exposed like your son Hughie Fury every time he steps up? I got to say I actually gave…

[QUOTE=1hourRun;19236032]Peter Fury, you need to stay out of the internet, and stop snitching on journalist. I think you should spend more time teaching Hughie how mask PED's or take dives to capitalize on his short run in the sport of…

[QUOTE=petero;19234636]Elie, you would never get an interview with Brook calling him a loser. You are a phoney, and these fighters are beginning to know who you really are. Pretending to be a legit reporter (esnews) and lying on your video…

[QUOTE=CinderelliMan;19234877]Anyone happen to know why brook said in camp in Toronto? Why would They be here[/QUOTE] Dom has been training some of his fighters for bills in us. since oct. so set up camp in Toronto...kells in Fuerteventura.

Anyone happen to know why brook said in camp in Toronto? Why would They be here