Their ESPN televised fight will take place on November 14 at either the MGM Grand's Conference Center in Las Vegas or a venue in Crawford's hometown of Omaha.

Crawford (36-0, 27 KOs), a three division world champion, has not fought since last December’s ninth-round TKO over mandatory challenger Egidijus “Mean Machine” Kavaliauskas. He will enter the ring coming off a career-long 11-month layoff. He has won seven straight bouts by knockout. 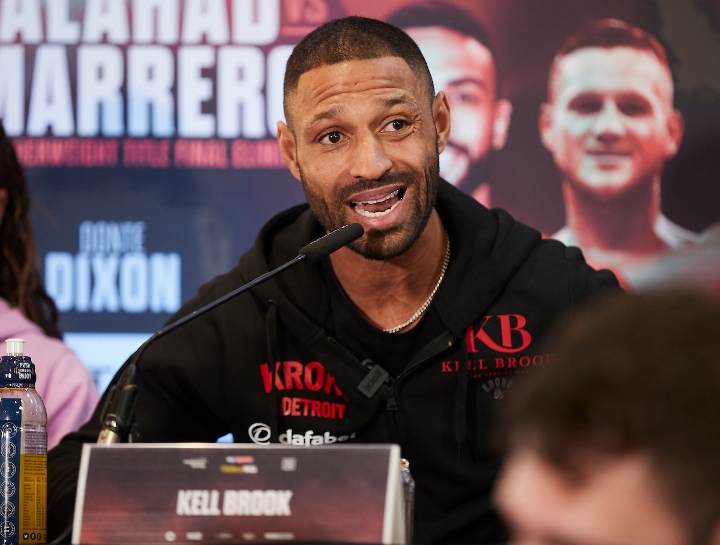 Brook (39-2, 27 KOs) has not fought in the welterweight division since getting knocked out by Errol Spence in May 2017. Since that loss, Brook has competed at junior middleweight, with his last fight taking place in February with a seventh-round stoppage of Mark DeLuca.

The Sheffield fighter negotiated the deal directly with Top Rank, who promote Crawford.

“It’s a fantastic fight, a proper fight for the fans to get excited about. I’m sure it’s one that will have viewers on the edge of their seats, whichever side of the pond they’re from," Brook said.

“I’ve been told there are people writing off my chances, questioning my age, and my ability to make the weight. Well, let them talk. Some people focus on reading headlines, I focus on making headlines. Those people writing me off as a big underdog? No problem. I guess this big dog will be making a few people richer during a difficult time.

[QUOTE=deathofaclown;20827168]He looks in really good shape right now and much lighter than he usually does a month out from a 147 fight He’s actually been in pretty good shape all year which is rare for him[/QUOTE] That is the thing,…

[QUOTE=PRINCEKOOL;20825591]Kell Brook is not a shot fighter entirely, he just struggles to make 147 optimally. If he makes 147 strong, then? This is a competitive fight. [B][U]Crawford should win still. [/U][/B][/QUOTE] He looks in really good shape right now and…

He's going to make the doctors who gotta put him back together like Humpty Dumpty after the fight richer. Good for those doctors I suppose.