Kell Brook To Crawford, Thurman: I Can Be Ready For October, November

Former IBF welterweight champion Kell Brook has no problem getting ready for a fall showdown with any of the top names at 147-pounds - specifically Terence Crawford and Keith Thurman.

In recent months, both Crawford and Thurman have mentioned Brook as a potential opponent in the near future.

Thurman and Crawford are both looking at fall return dates - but neither boxer has an opponent locked in. 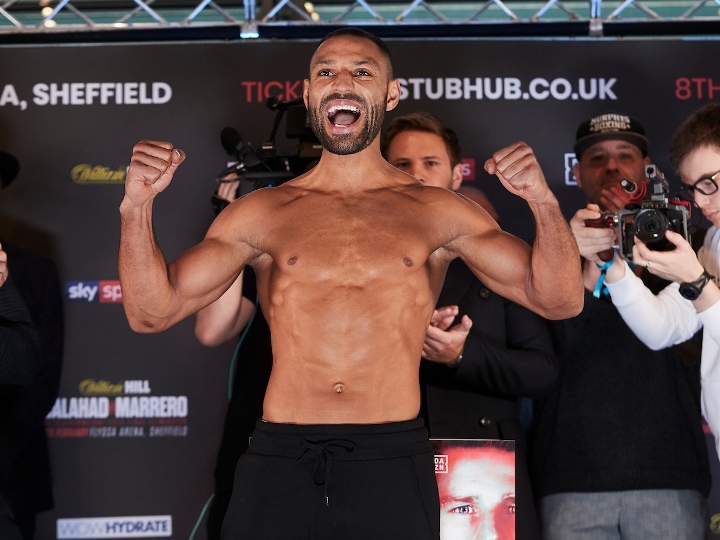 Thurman has been out of the ring since a July 2019 decision loss to Manny Pacquiao, while Crawford last saw action in early December.

Brook has not fought at welterweight since suffering a stoppage loss at the hands of Errol Spence in 2017. He's been fighting between 150-154 pounds since 2018.

He snapped a 14 month layoff back in January, when he stopped Mark DeLuca.

Brook is currently training in Fuerteventura, side by side with world champions Josh Taylor and Billy Joe Saunders.

The 34-year-old boxer would love the opportunity to face Crawford or Thurman.

While not revealing his weight, Brook insists that he's light enough that it won't be a problem to get down safely to a proper fighting weight by the fall months.

"I'm staying busy and ready," Brook told Sky Sports. "I'm going to put myself in the best position for when things come back to normal.

"I'm very keen on fighting Crawford. I think Keith Thurman has spouted that he would love the British pound. He'd like the fight, so I'm keeping myself active in Fuerteventura with Josh Taylor, Billy Joe. They're a good bunch of lads out here. We're working hard.

"I'm very light. I don't like to say what weight I am, but I'm very light, especially for me having no date. If it's Crawford, he'll be defending his title, so it will be 147. Thurman, it could be a catchweight. I can be ready for October, November for 147."

The ball is in Hearn's, Arum's, Crawford's court on this one. Thurman has now challenged TC and Brook to send him the contract. I really don't know what Arum and Crawford are waiting for. Send Thurman the contract for crying…

[QUOTE=thack;20669608]You're spot on there, I think he's tried to stay around the weight for a bumper uk pay day against Khan otherwise would have closed the door at welter ...as he should.[/QUOTE] Very good point, can imagine that being a…

Either would be good fights for Brook... IF he can comfortably make weight. If not, he needs to go up to 154 and stay there. We have seen Brook basically have too much belief in himself and not enough respect…

Brook at 147 is just so obviously a retirement fund payday, it may have been a bit different if he had kept fighting non bums over the last few years but sitting around instead and then expecting to be paid…

Brook would beat both and tbh they both know it that’s why the fight hasn’t been made. All that talk from arum about brook Porter blah blah blah Crawford out here picking on the 3rd best 140lbr in Ramirez ****s…