Keith Thurman is plotting his plan to return to boxing after nearly a one-year layoff.

The American fighter said he is looking forward to a fight outside of domestic soil if there is a real deal for him.

“[Brook is] not that active right now. I don’t know where his name stands now. But personally, there was a time and a place where I would have loved to take that fight. If there’s a real opportunity, show it to me, baby.” 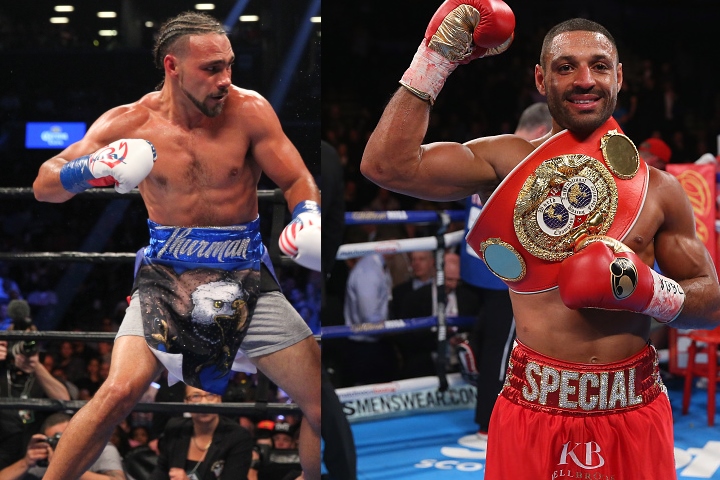 Thurman wants to jump right to the top of the division again and fight a foe like Errol Spence Jr., but he most certainly will have to take a fight with a lesser caliber opponent because he is coming off a loss.

Brook (39-2, 27 KOs) could be the one. He defeated Mark DeLuca in a seventh-round KO earlier this year in Sheffield, the location of his last three fights. The 34-year-old former IBF welterweight champion said he'd retire if he’d lose the bout, a fate that he no longer has to consider.

Brook suffered a loss in his backyard the last time he hosted an American fighter on UK soil for a big-time fight, dropping his IBF title to Spence Jr. in 2017.

Although his bout with Brook would not be for a title, Thurman is still interested in raiding enemy territory to make his own personal history.

This just proves these PBC fighters can fight anywhere without promotional restrictions. But with some them like Spence, Charlo and others you have to live in the same street before they'll take you seriously.

Thurman should send Brook a contract, don’t just call him out. Send him a contract.

For starter's, ain't know British fighters coming to the USA coz of this covid crap and visa verser same deal can't see any USA fighting In the UK anytime soon. So why is Kell Brook calling out USA fighters ?,…