Only days are left before Demetrius Andrade and Walter Kautondokwa will square off for the vacant WBO middleweight world championship in the headliner of a card promoted by Matchroom Boxing USA this Saturday in Boston, Massachusetts and live on DAZN.

The odd nature of the matchup is that the bout got finalized only a couple of days ago following the fall out of Billy Joe Saunders, whose license got voided as well as he lost his world title due to a positive performance-enhancing doping test that he produced during his preparations.

“We were obviously very happy to confirm that we could now fight for the title. We wish we had more time, but we will make the best of this opportunity,” said Kautondokwa’s promoter, Nestor Tobias to BoxingScene.com. 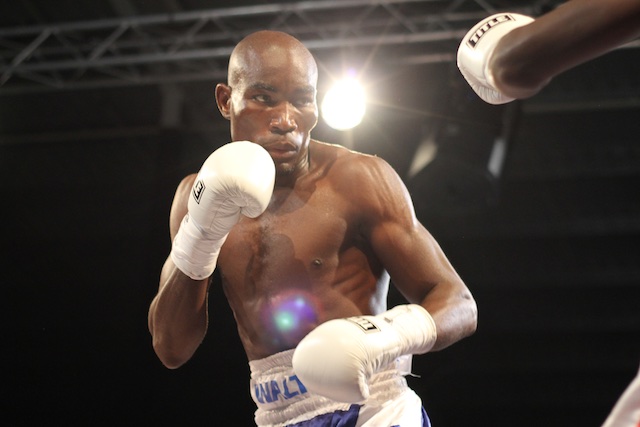 The Namibian businessman also shared taking the fight on short notice does not automatically mean his fighter was not in the gym already. Instead, Walter was in training for a bout that was targeted for later this year in Namibia when they got the call from Matchroom to fill in the void of Saunders in case the British fighter gets ruled out by the Massachusetts State Athletic Commission.

“The plan was to have him fight anytime between October and December and we were busy finalizing an opponent when the opportunity came knocking.”

Kautondokwa (17-0, 16 KOs), though, had barely three weeks to prepare himself against a particular opponent in the world-class Andrade (25-0, 16 KOs).

More so, the Namibian fighter’s spot on the WBO world title fight only got cemented after the MSAC hearing on the 9th of October, eleven days prior to the matchup at the TD Garden in Boston.

The 33-year-old pugilist, who has the nickname ‘The Executioner’ based on his massive punching power, is perfectly aware who is having an advantage in this odd situation.

“Look, all Andrade would need to do is change tactics, he will be fighting at home and he is the favorite, I literally had just a few days to prepare for an unknown opponent so the odds favor Andrade.”

That, however, does not mean Kautondokwa is having self-doubts regarding his dedication coming into the fight.

“I wish him the best because he will be facing a real executioner this time. Let the best man win, what a fight it will be.”

Tobias shares his protégé’s confidence, and even went further when he had a simple prognosis regarding what the media will be released on Sunday morning about the fight.

“Without divulging too much, the headlines the next morning will be ‘Walter shocked the world’.”

I hope Kautondokwa is prepared, but he may end up draining himself to 160 in 3 weeks. I gripes about Andrade but I can't fault him for this situation that Billy Joe made.

[QUOTE=1hourRun;19201072]Thanks a lot Billy Hoe, the WBO middlweight title stays in the U.S.A. These English boys cant hold on to world titles for long : Coward Ryan Burnet ducked Manny Rod and dropped the IBF, same with James Degale and…

Thanks a lot Billy Hoe, the WBO middlweight title stays in the U.S.A. These English boys cant hold on to world titles for long : Coward Ryan Burnet ducked Manny Rod and dropped the IBF, same with James Degale and…

Fckkk you Saunders, i was looking forward to this..