Former world title challenger Walter Kautondokwa and his team are still under the influence of the surprisingly one-sided scoring against them last Saturday in Almaty, Kazakhstan.

The hard-hitting Namibian traveled all the way to the heart of Asia to take the role of the visitor in a much-anticipated battle between top-rated middleweight contenders against unbeaten Kazakh Kanat Islam for the WBO International title.

Islam (27-0, 21 KOs) started the fight better and even dropped his taller foe during a heated exchange of left hooks in the fifth stanza. Kautondokwa (18-2, 17 KOs), however, came back in the sixth and took control of the second half of the fight. As the rounds went by, Islam became more and more inactive, and by round nine, he only had enough energy left for holding and desperately trying to get out of harm’s way.

Still, after the final bell, judges favored the hometown fighter by scores of 99-92, 97-92, 97-92. One of the judges, Marat Shalabayev only gave one round to the Namibian while scoring two sessions to a draw, both in the second half of the bout.

“We finished [Kanat] off with power punches. He was lucky the fight was only ten rounds. Even the blind could see that Kanat was finished, if we could offer to carry him to his corner after every round, he would gladly have accepted it, but according to the judges he was the better man which is just shocking and very, very disgusting. It's tough and discouraging; I look Walter in the eyes and don't know how to explain this to him because it's out of our hands,” said Kautondokwa’s promoter, a disheartened Nestor Tobias to BoxingScene.com.

“The whole experience was just embarrassing. If you interest the scores it means that even if Walter knocked Kanat out he would still have lost. Such blatant corruption should never be allowed. We host a lot of big fights in Namibia and they will tell you we treat all our visitors with respect and dignity and importantly treat them fairly. What happened here should never be allowed because it kills the credibility of the sport.” 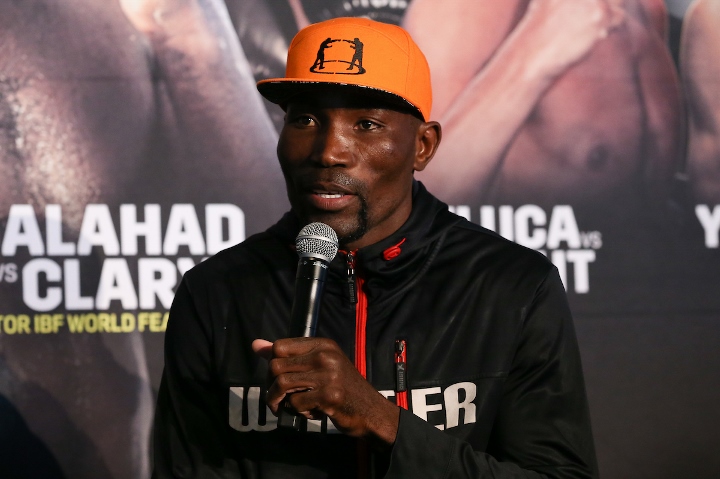 What serves like gasoline to the fire regarding the controversy is the fact despite this was an international title fight all three judges scoring during the fight were from Kazakhstan. Truth be told the World Boxing Organization did plan to bring in a neutral judge from Poland, but the man’s connection flight got canceled after midnight on Saturday that completely forced him out of the picture.

“We were supposed to have one neutral Judge from Poland and we were informed last minute that he apparently missed his flight, so three Kazakhstan nationals scored the fight, and this was the result,” described Tobias.

The Namibian businessman is now planning to open a case with the WBO to make sure the highly questionable work of the three officials will get reviewed and sanctioned by the Puerto Rico-based sanctioning organization.

“We will approach the WBO to investigate because their credibility is also put on the line as these judges represent them. Those crooked judges should not be allowed to ever score a fight again because they are an embarrassment to the sport.”

Despite the bad experiences his team had to go through against Islam, Tobias feels an eventual rematch would be a just due for his protégé and even visualize a more concrete ending to make sure they can skip even the possibility of any kind of injustice.

“We want an immediate rematch; it doesn't even matter where [it would take place]. Kanat should not be allowed to fight anybody in the meantime. That gives him another brand-new opportunity, but we don't mind, this time we will knock him out cold so that we don't leave this to chance.”

Let's see whether the WBO will do justice to an African fighter. We are tired of being robbed and nothing happens. WBO all eyes are on you, do the right thing and order an immediate rematch