Former EBU heavyweight champ and world title contender Karl Mildenberger has passed away at the age of 80, reports media in Germany.

Mildenberger turned pro in 1958 and first challenged for the EBU title in 1962 but lost to Dick Richardson. In 1964 he beat Santo Amonti to win the title and defended it three times before challenging the champion of the world, Muhammad Ali.

Mildenberger was a capable boxer and his southpaw style gave Ali plenty of problems but eventually the Greatest won on a 12th round TKO.

Mildenberger remained a force in Europe but lost to Leotis Martin in the WBA tournament to determine a new champ after Ali had been stripped of the belt.  Karl lost to Henry Cooper in his last fight and retired with a record of 53-6-3.

Mildenberger worked until his retirement in 2002 as a lifeguard and retired from the public eye when he turned 70 years old. 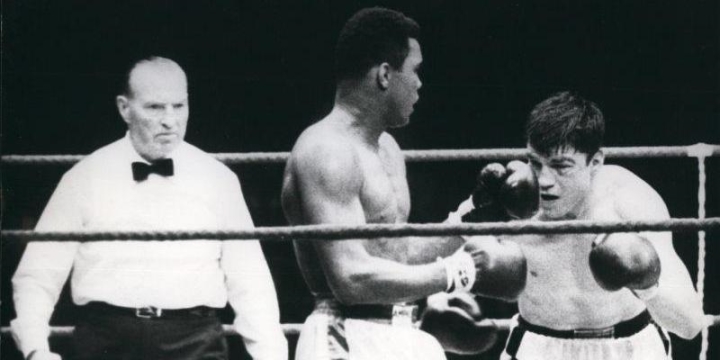 Good solid fighter and that southpaw stance made him awkward for most opponents, including Ali. Karl lost to Ringo Bonavena, not Leotis Martin, in the WBA tournament. RIP. Another good guy gone.

RIP champ. I remember the Ali fight. Very awkward and not really outclassed until the Greatest suddenly took it to another level in that 12th round.