Kal Yafai Says He Will Become A Two-Weight World Champion

It’s been a couple of weeks since Kal Yafai lost his WBA super flyweight title to future hall of famer Roman “Chocolatito” Gonzalez in one-sided fashion.

The Brit went into the fight having won the vacant title in December 2016 against Luis Concepcion. From there Yafai, older brother to fellow pro Gamal and amateur talent Galal, went on a run of five defences which began in May 2017 against Suguru Muranaka.

The Gonzalez fight was one which Yafai always craved, often being asked about it during his reign and hoped one day that he would face his idol. The fight looked to be a distant prospect when Gonzalez lost back to back fights against Wisaksil Wangek, the first one on a majority decision, the rematch more conclusively when the Thai knocked out the Nicaraguan in four rounds. 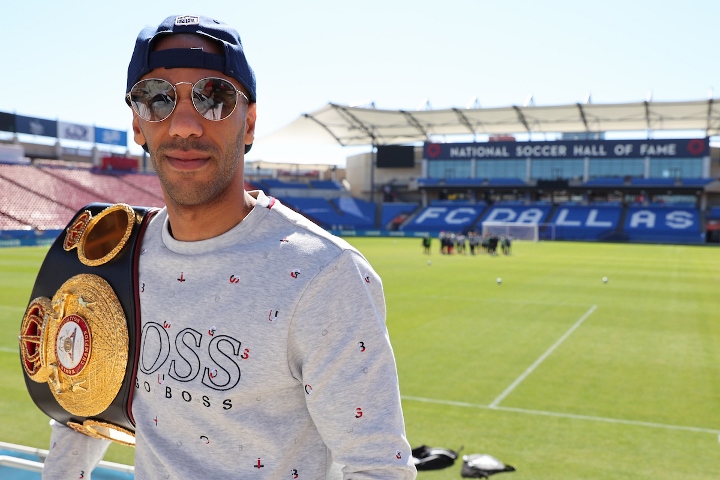 After a couple of routine wins against Moises Fuentes and Diomel Diocos, the Yafai-Gonzalez fight was brought back to the table and eventually landed in Texas on February 29. What followed was a blistering performance from Gonzalez to dominate his 30-year-old opponent culminating in a ninth round knockout.

The tactics and the performance of Yafai have been questioned and on Saturday he spoke about his first professional defeat and now looks likely to be moving up to bantamweight in his next quest to win a world title.

“A couple of weeks ago things didn’t go my way in Texas,” he wrote on Facebook.

“I learnt a lot sharing the ring with Chocolatito who is a great fighter and the better man won on the night. I was a fan before I fought him and will continue to be, so congratulations to him.

“People ask me what went wrong, but there’s no point talking about it publicly, as it always sounds like an excuse and at the end of the day it doesn’t change anything, the result is what matters. I know what I did/went wrong and I have to redeem myself, which I will do.

“I look forward to becoming a 2 weight world champion!”

[QUOTE=KidDinamita;20467260]You can fight for a British title if you are licensed by the BBBofC (British Boxing Board of Control). BBBofCis a governing body of professional boxing in the UK Although Ryan is Irish and Josh is Scottish, they are both…

[QUOTE=angkag;20467550]I wonder who qualifies to fight for the BBBoC celtic titles lol[/QUOTE] Not sure about those, but I think they are more lower level titles for regions and to motivate boxers to at least fight for a title.

[QUOTE=KidDinamita;20467260]You can fight for a British title if you are licensed by the BBBofC (British Boxing Board of Control). BBBofCis a governing body of professional boxing in the UK [/QUOTE] I wonder who qualifies to fight for the BBBoC celtic…

[QUOTE=1hourRun;20465676]How can a Irishman fight for the British Bantam Title? Ryan Burnett did. You guys are too much, first you all said Josh Taylor is not Irish, now you say Ryan Burnett is not a Englishman. Judging by the fact…

[QUOTE=1hourRun;20467270]I'm dying! You guys are too much! Whats next? are you going to tell me that Adrien Broner is fighting Ted Cheeseman for the Swiss welterweight title?! BWAHAHAHAHAHA!!!![/QUOTE] I'm not from the UK or any of the other countries in…