Kal Yafai on Loss To Chocolatito, Rematch Clause, Moving Up

Kal Yafai could be two weight divisions up when he makes his return to the ring later this year.

Yafai lost his WBA super flyweight title to Roman “Chocolatito” Gonzalez in Texas last month in a painfully one-sided fight. But despite having a rematch clause in the contract for the fight in Frisco, Texas, there is little prospect of him boxing at 115 pounds again after years of battling the weight.

“It’s been very, very difficult,” Yafai said. “One of my fights I was 10-11lb over four or five days out. But for this one, I wasn’t even half that.

“You have a lot of people telling you that you look great, saying your weight is better than usual and you tell yourself you are feeling good. But inside you are dying.

“That’s what you have to do all the time, I have to trick my brain into thinking I’m fine.” 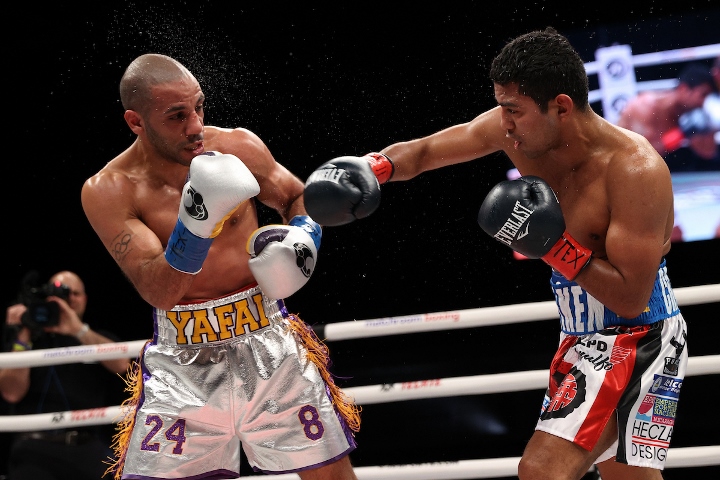 Yafai, 30, was a teenager when he boxed at the 2008 Olympics at flyweight. Nearly 12 years on, his fighting weight had gone up just 2 pounds, even though he refuses to point at weight as the reason Chocolatito beat him.

“It just wasn’t meant to be on that night,” Yafai said. “He was great on the night, I wasn’t.

“I could say a few things that weren’t right, but it will just sound like an excuse. No one is interested in excuses and it won’t change anything for me now.

“I know what went wrong, I know what I would need to do, but I give him all the credit. He is a great person, not just in the ring but outside it too.”

Yafai was down twice in the fight, at the end of the eighth round and then from a big right in the ninth that finished it. But nothing went right for him

“I tried to box him early him on, to make him use his legs, but it was me who ended up using my legs,” he said.

“When I was down at the end of the eighth, I was miles behind and they wanted to pull me out. I just said ‘no chance’.

“And I never even saw the right hand that finished it.”

He says he will wait until he starts training again to think about where he will return, be it at bantamweight or super bantamweight, depending on where the best opportunities lie.

“I’ll move up in weight, see how much weight I put on and then move on from there,” he said. “Going up is just something I have to do. I’ll have a chat to my nutritionist.

“These are lessons learnt and I wouldn’t change anything.

“I could fight again at the weight, I could do the rematch, I have the rematch clause. If I was good at the weight and could hold my physical strength, 100 percent I would.

“Maybe I could have implemented the gameplan that would have worked. I’m not stupid, I know what I am capable of, but I have got to move up.”

[QUOTE=rudy;20485600]Butler retired[/QUOTE] What??? No he hasn’t, I literally seen him at an event in December and he was telling me how he was looking to get back in the world title mix next year and will probably target the European…

I want to see him get Koed by inoue hahaha

[QUOTE=RJJ-94-02=GOAT;20484989]I think he looked better cause he was facing weaker opposition. In reality Yafai isn’t a world class fighter, he just managed to pick up a belt and hang on to it by fighting C level guys, the moment he…

[QUOTE=RetroSpeed05;20485240]Wasn't he the fav against Roman too? Crazy.[/QUOTE] There is absolutely NO WAY he should have been the favorite going in to that fight. And when it was clear that his plan was to stand and trade, I knew he…