Kal Yafai: Chocolatito is Someone I Idolized, He's a Massive Name

Kal Yafai says that his fight with Roman Gonzalez next month is one he has been waiting two years for.

The WBA super-flyweight champion has been constantly frustrated in his attempts to get a big fight, having seen hopes of a unification against Juan Francisco Estrada fall through twice.

The man known as Chocolatito fits the bill well, though, not least because Yafai is a fan.

“It has been been frustrating at times, because there has been talk of big fights but for one reason or another they haven’t come off. Finally this one has come along and it is a massive fight.” 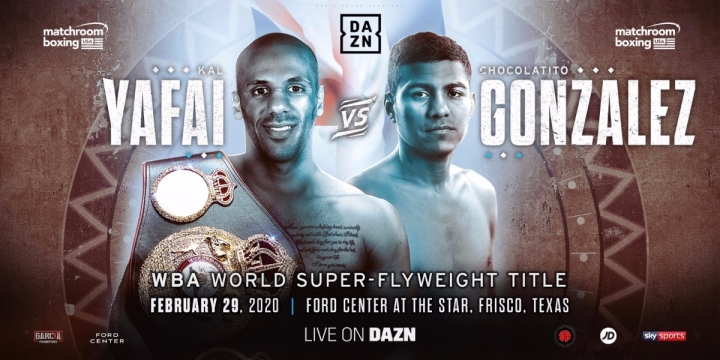 The 30-year-old has held the WBA super-flyweight title since 2016, making him Britain’s longest-reigning world champion, but he has not boxed in his homeland since 2017.

The fight with Gonzalez will be in Frisco, Texas, on February 29, his third time boxing in the United States.

“I’ve been off the radar, while I have been fighting abroad,” Yafai said. “I’ve been a bit of a road warrior, fighting in Fresno, Monte Carlo and Providence, so I have done a lot of miles, but I have earned well while doing it.

“I’ve been calling for a big fight. I agreed to the Estrada fight and everything was done. It was agreed for December, then he had a hand injury and it was pushed back to January in Miami, then he had another hand injury.

“When that happened I was wondering why it wasn’t happening for me. Luckily enough, this fight came off.”

Yafai has not only been watching Gonzalez for years, he fully admits that he is a fan and even flew to Los Angeles to watch him in person when Gonzalez made his US debut in 2015.

“He is someone that I idolized coming through,” Yafai said. “Estrada is a very tough fight, but Chocolatito is a massive name, the former pound-for-pound king.

“I’m the naturally bigger man. That could be to my advantage, but I am not just going into the fight thinking I am going to use my size advantage, I want to be the better man all round.”

Now he has been happy boxing away, even though he knows that most British fans probably don’t know who he is.

“A lot of the guys in the smaller divisions don’t get the recognition, but I do know I am one of the best fighters in the country,” he said.

“I know my abilities are up with the best, but the big thing for me has been to get into a big fight like this one.

“I know this is my time. I am in the prime of my career. I am very fresh, I haven’t been in mad wars. These things all play a part.”

He still has a month to back out.