Two undefeated titlists, in the same division, under the same umbrella, were headed towards a unification showdown.

It looked that way on paper.

There was a plan in need of simple execution.

In the span of just less than five months, plans changed. First Jermell Charlo, and then Jarrett Hurd, went from on track for a tri-belted clash to finding out what it feels like to see the man in the other corner with his hand raised.

It was an opportunity lost but no one could say there was nothing gained. In 2019, instead of Charlo-Hurd, fans were treated to a pair of outstanding battles in the Jr. middleweight class. Hurd’s defeat for the WBA and IBF belts at the hands of Julian Williams last May was an early fight of the year candidate. Charlo’s revenge win for the WBC belt against Tony Harrison just days before Christmas was one of the year’s final candidates.

Saturday (Fox, 8 PM EST), the 29-year old Williams (27-1-1, 16 KO) returns to the ring for the first time since the Hurd victory. He’ll be greeted by a friendly crowd in his hometown of Philadelphia as he fends off the challenge of 24-year old Dominican Jeison Rosario (19-1-1, 13 KO). Williams is expected to win.

Williams was not expected by many to win against Hurd. Expectations aren’t results. Rosario’s chances appear much slimmer than the chances of Williams last year. Williams was an underdog but a live one. Rosario has his work cut out for him.

It might not be about undefeated champions this time but there would be just as many belts on the line and a personal issue to boot.

The 29-year old Houston native Charlo (33-1, 17 KO) showed what he’s capable of when things get personal. His rematch with Harrison was marked by animus in the lead up and it remained even after Charlo capped a three knockdown performance with a vengeful eleventh round stoppage. Even after honoring the effort of Harrison, Charlo couldn’t resist adding, “...at the end of the day, I don’t like the dude.”

Williams has history with the family. 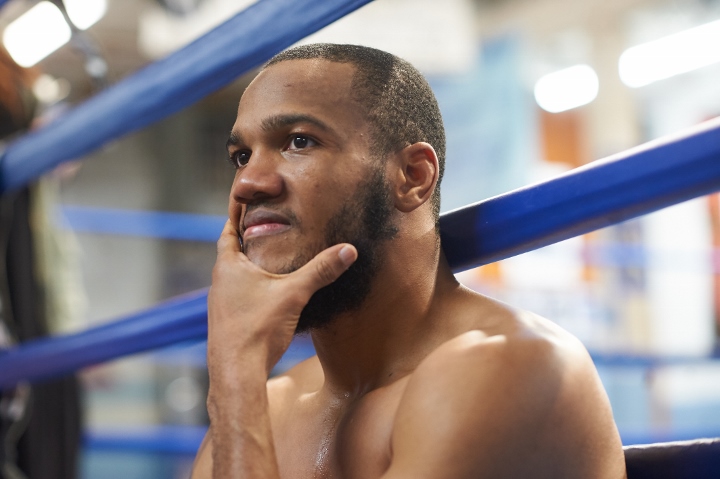 In his first attempt at a title, Williams was brutally stopped by Jermell’s brother Jermall in a hotly anticipated clash of young tigers. They delivered a fast paced, highly skilled, conclusive contest. The lead up saw lots of jawing between the camps and, while the victor apologized later, in the heat of the moment Charlo couldn’t hide lingering disdain. "I said I don't want your congratulations, I want your apology. I don't care what they say, I knocked him out. I've never disrespected this dude, never, until I knocked him out."

Jermell isn’t likely to be any nicer about matters. Williams can only be motivated by the possibility of revenge by proxy.

The ingredients for a gem in waiting are there. That another gem may be around the corner should be no surprise. The PBC slate at Jr. Middleweight has delivered gems consistently for an extended period. Along with Williams’ battles with Charlo and Hurd, and Charlo-Harrison II, we’ve also been treated to Harrison-Hurd and Hurd-Erislandy Lara among others in the last few years.

It might not be the richest corner of the PBC universe, but it’s hard not to wonder if it hasn’t been the most satisfying for fans.

How much longer it can deliver remains to be seen. Hot weight classes can often evolve into hot clusters that move around the scale together. Jermall Charlo has made his move to middleweight. His twin is likely to stay comfortable at 154 lbs. for only so long. While he remains for the time being, Hurd’s large (for the division) frame will inevitably pack on at least another six pounds.

For now, the cluster remains largely intact. The premiere showdown is clearly Williams-Charlo. Saturday is the first step this year in getting there.

Jaime Munguia looked like the least of all beltholders at Jr. middleweight. His move to middleweight last weekend leaves a question about whether he’s already gone as far as he can as a professional in terms of titles. No matter whether he wins belts or not, he’s as fun a television fighter as there is in boxing right now. Matchmaking will matter in keeping him churning out fanfare...The Crisis on Infinite Earths is over and while television could never achieve the scope of an EndGame or even the pages it was based on, damn if it wasn’t fun. And how many geek points did Ezra Miller pick up for about a minute’s worth of work?...Tyson Fury and Deontay Wilder are doing a damn fine job putting on a show before the show...Patrick Mahomes is like Tecmo Bowl Bo Jackson come to life when he gets in the zone. Unstoppable...Mairis Briedis-Yunier Dorticos is actually going to happen. Really. The question is whether it will be the last chapter of the World Boxing Super Series.

[QUOTE=revelated;20331266]Dunno. I mean maybe if Manny sits texting on his phone during the presser, Rojas beats him. Anyway, NSB says that Horn never beat Manny. To the point a lot of cats turned on Crawford for saying that Horn's win…

[QUOTE=Boxing lives;20330930]Frank Rojas could never hang a decision over Pacman under any circumstances like horn did[/QUOTE] Dunno. I mean maybe if Manny sits texting on his phone during the presser, Rojas beats him. Anyway, NSB says that Horn never beat…

[QUOTE=revelated;20329283]According to NSB, Horn is a bum. A bum that can't box. If that's true, then Horn can't be that much better, if at all, than Frank Rojas...?[/QUOTE] Frank Rojas could never hang a decision over Pacman under any circumstances…

[QUOTE=Satir;20327632]They are not necessarily the best, just current title holders, there's always someone who's better, to me Madrimov is the current best at this division[/QUOTE] I'm very high on Madrimov, but he's still green in the pro circuit. The way…