Almost a month after winning the flyweight title of the World Boxing Council, the champion Julio César Martínez will prepare for his upcoming defense in the high elevation area of Big Bear, California.

"King" Martinez will make the trip on Wednesday, accompanied by his coach Mauricio Aceves, with the firm intention of reaching his first defense of the title, which is scheduled for February 29 against Wales' Jay Harris in Frisco, Texas.

The DAZN streamed card will be headlined by a welterweight scrap between former world champions Mikey Garcia and Jessie Vargas. 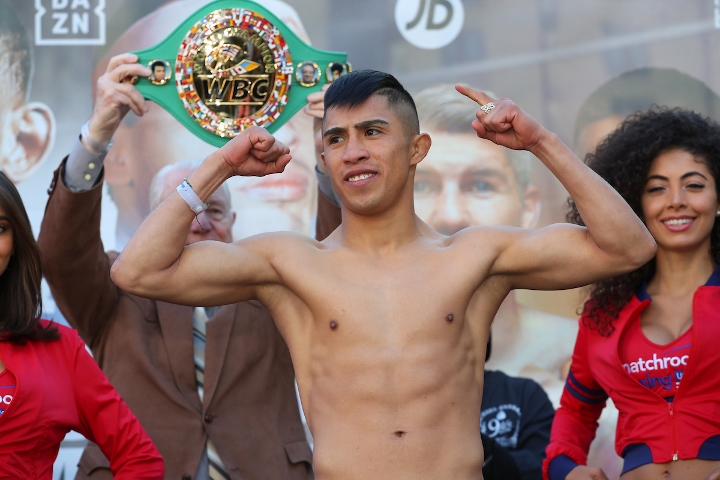 Martinez discussed his training plans during a visit to the offices of the Boxing Commission of the CDMX, where he was being congratulated after being crowned world champion on December 20 by knocking out Nicaraguan veteran Cristofer Rosales in Phoenix, Arizona.

“We will be there for just over a month training. We will do a great physical preparation and the issue of sparring will be determined by my representative Eddy Reynoso. I'm going with my coach Mauricio Aceves,” Martinez explained to ESTO.

The big puncher is making a change to his usual routine, after his last two training camp commitments took place at the Otomí Ceremonial Center.

“Working at high elevation always gives you results. You arrive to the fight with more gas, with better physical condition, and all of that is reflected in the ring. We go with the mentality of doing things well and training to the fullest on a daily basis,” Martinez said.

“We already beat Andrew Selby, Charlie Edwards and now we are going against Harris. My opponent is complicated, has a style very similar to the British boxers that I already faced. Jay Harris is intense, he likes to come forward, but he also likes to box. We are ready for whatever he presents to us.”

Is he going to run in snow shoes and wrapped in a carpet? You can freeze up there this time of year.