The many that many consider to be the best Mexican boxer of all time, Julio César Chávez, is in a great shape due to his physical conditioning, work in gym and proper diet, because he wants to arrive in the best form possible on March 7.

He will face fellow multi-division champion Jorge Arce in an exhibition rematch at the Hermosillo Multiple Use Center.

Chávez, who retired in 2005 with a record of 107-6-2 and 85 KO's, with world championships at super featherweight, lightweight and junior welterweight.

Arce retired in 2014 with a record of 64-8-2 with 49 KO's, and after having captured world championships in four divisions.

The bout will star in an attractive card being presented in a co-promotion between Zanfer, 2M Promotions, JC Chávez Foundation, and with transmission by the Casa del Boxing, Azteca 7.

The card will raise money for the JC Chávez Foundation, which serves young people with addiction problems, and this time it will benefit Sonoran people who require these treatments, through the Ministry of Health of the State Government. 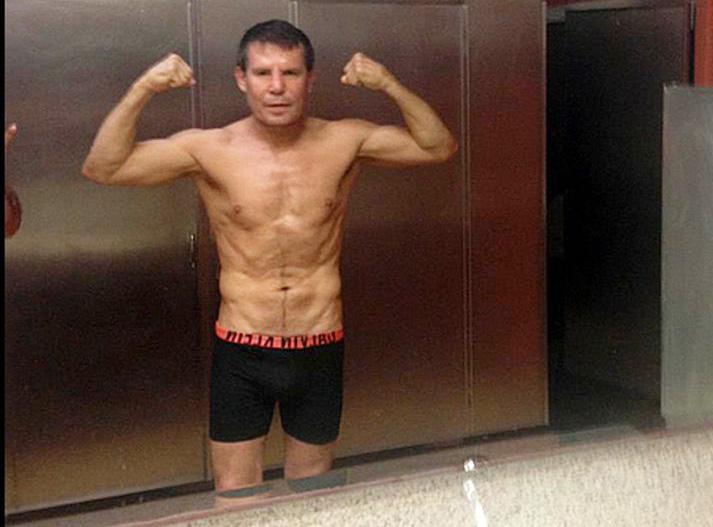 [QUOTE=theface07;20419957]Good enough to deserve a reply though right? Are you being sarcastic or are you a big Chavez Jr. fan or something. That boy needs a good arse whoopin'.[/QUOTE] No, that was super funny.

[QUOTE=Slip&Counter20418253]Dude, that was so funny I didn’t laugh[/QUOTE] Good enough to deserve a reply though right? Are you being sarcastic or are you a big Chavez Jr. fan or something. That boy needs a good arse whoopin'.

I bet he wishes his JR could get into that kind of shape.

[QUOTE=Robi13;20418155]Canelo va Chávez September make it happen![/QUOTE] Chavez sr, in the 80s was in Newsweek magazine for bing a thick skull He ruined meldrick, roger Mayweather, Greg haigen got smashed ...

[QUOTE=Boxingraya;20418116]He looks in better shape now than his son has ever looked. Lol.[/QUOTE] I was drinking a Japanese glass bottle coke... This^^^^ burnt my nostrils. Laughing like a baby brain ******.. Green k