A lot has changed in the eight years since Julian ‘J-Rock’ Williams has enjoyed a hometown fight.

The biggest chance is his current status as the reigning unified junior middleweight champion, an honor which he will enjoy for his long overdue homecoming.

BoxingScene.com has learned that plans are in store for Williams (27-1-1, 16KOs) to make the first defense of his unified 154-pound crown on Jan. 18 at the Liacouras Center on Temple University grounds in his hometown of Philadelphia, Pennsylvania. Neither an opponent nor platform has been solidified for the occasion, other than ruling out a previously targeted rematch with Jarrett ‘Swift’ Hurd. 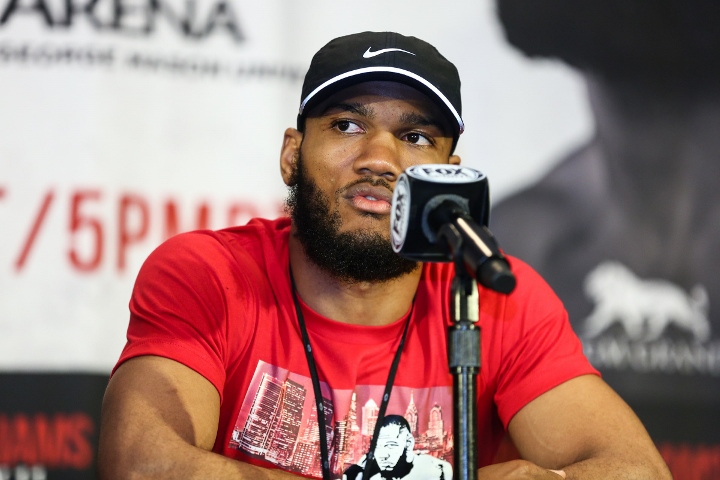 The developing card will air live either on Fox or Showtime, the networks of choice for Premier Boxing Champions, under whose umbrella Williams has fought since its inception in 2015.

Efforts are also currently in place to secure a slot for local unbeaten 122-pound contender Stephen ‘Cool Boy Steph’ Fulton (17-0, 8KOs), whom has emerged as a top prospect and on the verge of title contention in 2020. RingTV.com writer and Boxing Writers Association of America (BWAA) president Joe Santoliquito was the first to report on Fulton's potential inclusion on this card.

Original plans called for a rematch between Williams and Hurd, which was targeted for Dec. 14 at Barclays Center in Brooklyn, New York. The bout would have aired live in primetime on Fox, as did their fiery first fight in which Williams floored Hurd (23-1, 16KOs)— then an unbeaten and unified titlist in round two en route to a well-earned unanimous decision in their Fight of the Year-level war this past May in Fairfax, Virginia.

Several factors came into play as to why the rematch never materialized, though largely coming down to Hurd—who has since parted ways with longtime trainer Ernesto Rodriguez—opting to take his career in a different direction at the time.

With that comes a hell of a consolation prize for Williams, who has only twice before fought in his Philly hometown—his pro debut in May 2010 and then two years later in just his ninth pro fight.

The closest he’s come to fighting at home since then came in back-to-back appearances at Sands Bethlehem Event in Bethlehem, roughly an hour north of Philly.

The title-lifting effort over Hurd ran Williams’ current win streak to five in a row. The lone loss of his career came in his previous title bid, suffering a 5th round stoppage in an otherwise competitive effort versus Jermall Charlo in Dec. 2016.

[QUOTE=Eff Pandas;20111802]I feel like Lubin & Guasha still a step down from Lara. Im with you on BCC if he was free & I actually double checked he did have something booked.[/QUOTE]Lara definitely top choice! Lubin vs. Gausha is on…

Whatever happened to them exploring J rock vs Lara? Smh disappointed

[QUOTE=Bronx2245;20111553]Lara, Lubin, or Gausha would be great! Castano has a fight November 2nd, or else I would include him in the options! They should put Jaron "Boots" Ennis (vs. Jamal James) on the Philly card too![/QUOTE] Lubin fights the week…

[QUOTE=Bronx2245;20111553]Lara, Lubin, or Gausha would be great! Castano has a fight November 2nd, or else I would include him in the options! They should put Jaron "Boots" Ennis (vs. Jamal James) on the Philly card too![/QUOTE] I feel like Lubin…