Juergen Braehmer Back in The Ring on December 15 in Hamburg

Former WBA, WBO and EBU light heavyweight champ, the now 40-year old Juergen Braehmer, 49-3, will have his first fight on December 15 in Hamburg on the undercard to the Christian Hammer vs Michael Wallish heavyweight clash at the Hamburger Sporthalle, writes Hamburger Abendblatt.

This is Braehmer´s first fight since beating Rob Brant in the WBSS super middleweight tournament in October of last year and if all goes well he will the challenge current EBU 168 lb champ Robin Krasniqi, a man Braehmer stopped back in 2015 in a defence of the WBA title.

Since that bout, both have dropped down in weight. Braehmer also trains former WBA super middleweight titleholder Tyron Zeuge and also owns and operates a big gym in Schwerin. 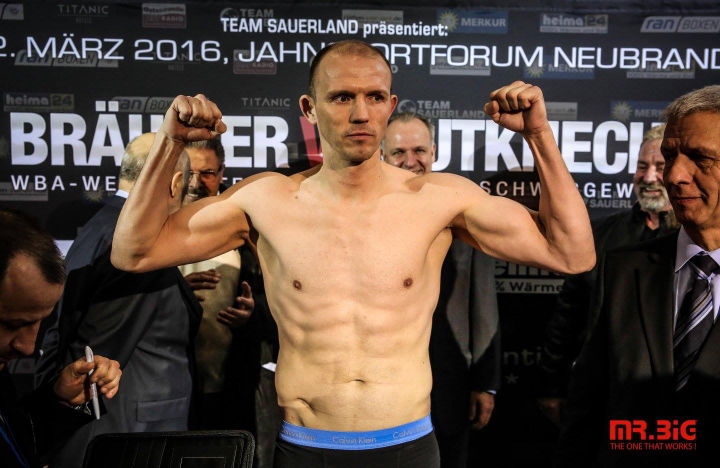 Former EBU lightweight champ Edis Tatli is not only a very good boxer - he´s a very good dancer as well and won the Finnish edition of Let´s Dance this past weekend. In terms of boxing, Tatli is expected to have his next fight early 2019. Edis lost the EBU title to Francesco Patera in what was regarded as a big upset but got the title back in their rematch. Patera has since beaten Lewis Ritson and is not a man anyone takes lightly anymore.
...

The Juli Giner-Samir Ziani fight for the vacant EBU super featherweight title that was set for December 14 is postponed as Giner suffers from stomach flu. Ziani have by now been official challenger for the title all year and will have to wait a little longer for his chance. Giner became official challenger when then champion James Tennyson relinquished the title.
...

Asloum Event stages the seventh edition of the "No Limit" promotions December 4 in at the Zenith in Paris. IBF female super featherweight champ Maiva Hamadouche, 13-4, headlines and defends the title against Viviane Obenauf, 19-1. Middleweight Christian Mbili, 12-0, 12 KO, takes on Armen Ypremyan, 9-1-2, in the co-feature. At light heavy Mathiue Bauderlique, 15-1, takes on former French champ Patrick Bois, 14-6-1, and last but not least Anderson Prestot, 21-1, square off against Pole Robert Swierzbinski, 21-7-2, with the vacant EU 160 lb title at stake.

Just what the boxing world has been waiting for: a Braehmer cupcake comeback and a rematch with Krasniqi