Juanma Lopez Vows Not To Fight Again, Will Retire For Good

For Juan Manuel 'Juanma' López, the time to hang up the gloves has arrived. After 15 years in the paid ranks of boxing, the Puerto Rican boxer who won world championships at 122 and 126 pounds, has reiterated that he will not go back into a ring to fight again.

"I'm not going to put on the gloves anymore," says López to Carlos Gonzalez. “I am not the same as I was before. The time has come to take care of my health, be with my family and watch over my children.”

López had a highly decorated amateur career that included representing Puerto Rico during the Athens 2004 Olympics. In January 2005, he made his boxing debut with a knockout by Luis Daniel Colón in the first round. He quickly established a reputation for possessing a devastating punch in the super bantamweight division. 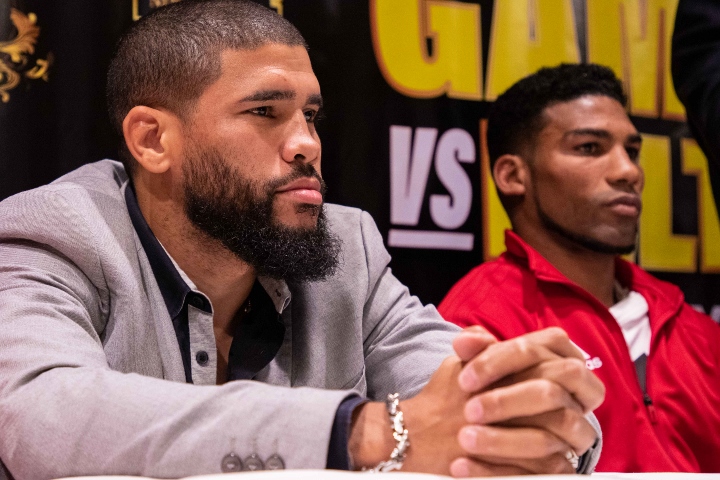 His first headline opportunity occurred in 2008. He challenged Mexican Daniel Ponce de León and was crowned champion with a knockout in the initial round. After five successful defenses, he rose to 126 to challenge Steven Luevano in 2010. López added a second world title to his collection.

However, Mexican Orlando Salido was in charge of ruining the Hall of Fame plans of the Puerto Rican boxer when he secured two technical knockouts against López. Since then, his career suffered ups and downs that culminated in a draw against Emiliano Martín García in May 2019 without reaching the goal of obtaining a third world belt.

“I was playing boxer again, because there were plans, but they didn't happen. Boxing has a system that is subject to what television executives want. They wanted me to do one or two fights to show I wasn't retired and to check if it was a possibility. There was talk of facing Yuriorkis Gamboa, but everything was up in the air. It may be one that everyone wanted to see, but if television does not care, it won't happen," López told Carlos Gonzalez.

"I'm not going to play boxer anymore. I am 36 years old, I know the business and decided it's better to dedicate myself to what I am doing.

López is currently focused on several projects. He has a group of clients as their personal trainer, in addition to training others to also offer these services. He also works as a medical propagandist for a private company.

“I decided to focus on what I am doing for my family and my children. I love boxing and I see boxers and the things they are doing that I would also like to do. Sometimes the vein itches, I don't deny it, but mentally I am concentrating on other things like shaking hands with youth. I don't see myself in the ring as a boxer. As a coach, who knows," Lopez confessed.

"My dream was always to be world champion in three divisions and the reality is that I could not achieve it, but within what I did, few fighters in Puerto Rico have achieved it. They may not recognize me, but the people supported me. I have never had the bad experience where they speak ill of me. People love me and they don't want to see me keep taking punches."

Better late than never. Not hard to do, but he’s smarter than Gamboa, who’s still hanging on to the ghost of his career. Best of luck, JuanMa.

Had no idea he was still fighting

If you haven't seen Juanma's fight with Mtagwa, that is a great one. Juanma at the peak of his abilities, but the fight showed the incredible strengths and weaknesses in him. Neither man was ever the same after that one.…

[QUOTE=Fire4231;20476311]Had no idea Juanma was still fighting. His career should have been over a long time ago. Juanma vs Gamboa was another great fight killed by Arum’s fan betraying marination strategy. Everyone wanted to see that fight when it actually…

Should've retired around 2013 after Mikey smoked him on HBO that summer. His legs were gone from jump and he just didn't seem to be "into it". I'm glad he's walking away, especially after being KO'd by Vargas on the…