The majority of the contest was a chess match, with each boxer being very careful with their punch selection - and some rounds were only separated by one or two punches. 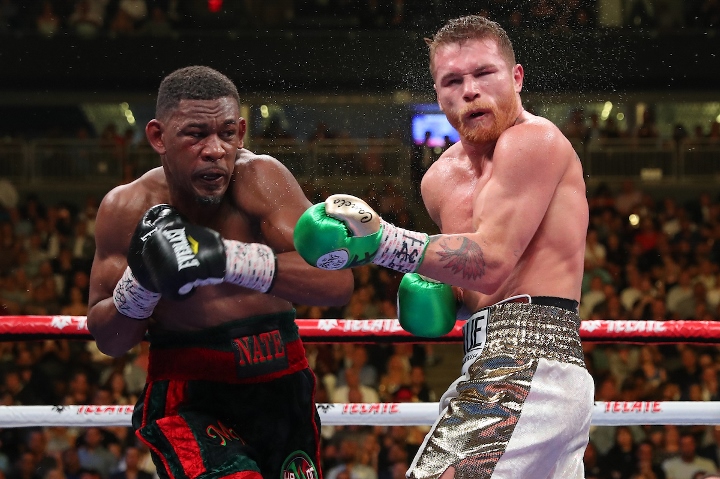 Jacobs came on in the late rounds, but many felt it may have been way too late to overcome early lead that Canelo built up when he piled up the points in the first half of the contest.

Marquez was not in agreement with the judges, and scored the contest in favor of Jacobs by a margin of seven rounds to five.

Marquez felt Canelo got tired in the second half of the contest and lost some of his speed as the bout played out, which allowed Jacobs to come roaring back with a late rally.

"It was a very close fight, the kind of fight where at the end of each of the rounds it could go to either way," Marquez said. "Jacobs handled the lateral steps well, changing his guard. It's the kind of fight that could have gone either way, but I saw it 115-113 for the American fighter."

Marquez and Canelo have traded words in the past, on more than one occasion. Canelo believes that certain Mexican stars of years past are a bit jealous of his in-ring success and financial rewards.

And Marquez also thinks he was robbed against Bradley lol.

Sure you had Juan Manuel. If it was for you, Canelo would have lost all of his fights.

I like Jacobs and Canelo. Canelo won that. Let’s not get crazy here. Jacobs knew he lost. He had opportunity, however he squandered that when he went southpaw. It was far less effective. He also looked like he couldn’t take…

everyone knows JMM hates on other Mexicans, he used to hate on Morales big time, now its Canelo. Kinda pathetic.