On Saturday night before his home crowd in Mexico, Juan Francisco “Gallo” Estrada made the first defense of the super flyweight title of the World Boxing Council (WBC) title, after defeating Dewayne Beamon by TKO in the ninth round.

Estrada dropped Beamon twice to the canvas and defeated him in dominant fashion.

For the entire fight, Estrada maintained precision in his punching, with hooks the rained down and hurt the American challenger. The punishment was non-stop as the contest played out, and the referee decided to stop the fight in the ninth. 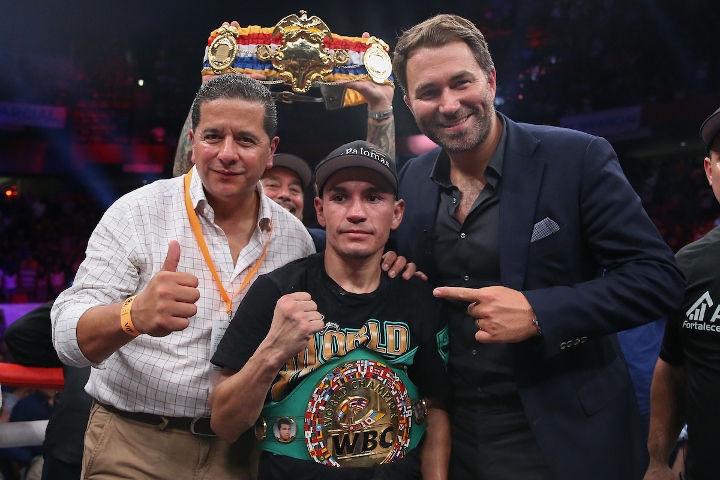 With this win, Estrada improved his professional record to 40-3, and 27 by way of knockout, while the challenger dropped down to 16-2-1, and 11 by knockout.

Before the contest, Estrada said that he was going to pursue a unification showdown with WBA world champion Kal Yafai (26-0, 15 KOs).

Yafai was in action back in June, when he won a dominant twelve round decision over Norbelto Jimenez.

"Now we're go for the unification, we're going for (Kal) Yafai and we are going to win that championship, and bring it back to Sonora," said the Mexican world champion, who expects that fight to take place by the end of the year.

Estrada recently signed a co-promotional contract with Eddie Hearn of Matchroom Sport. Hearn is also the promoter for Yafai - which makes their unification bout easy to put together.

The date for the fight is unknown, but Estrada believes the contest may land on December 7th in Saudi Arabia - as part of the undercard to the highly anticipated rematch between IBF, IBO, WBA, WBO heavyweight champion Andy Ruiz and challenger Anthony Joshua.

Estrada wipes Yafai off the planet. There's levels to this & Yafai hasn't looked impressive at all even against all the lower tier guys he's fought. Got a gift or two imo. Should be an easy W for Gallo if…

good luck with that...

Goodfight if you can get him to accept it

[QUOTE=super-x;20013749]Good luck with getting Yafai in the ring. He hasnt fought anyone of note in almost 3 years since winning the title... there was alot of talk of boxing choclatito but im guessing they didnt want to take that risk…