Joshua will first have to overcome a very tough challenge when he faces WBO world champion Joseph Parker in a unification on March 31 at Principality Stadium in Cardiff, Wales.

Last Saturday night at the Barclays Center in Brooklyn, Wilder (40-0, 39 KOs) recovered from near disaster after getting bad in the seventh round - to score a knockout victory over undefeated puncher Luis Ortiz in the tenth. 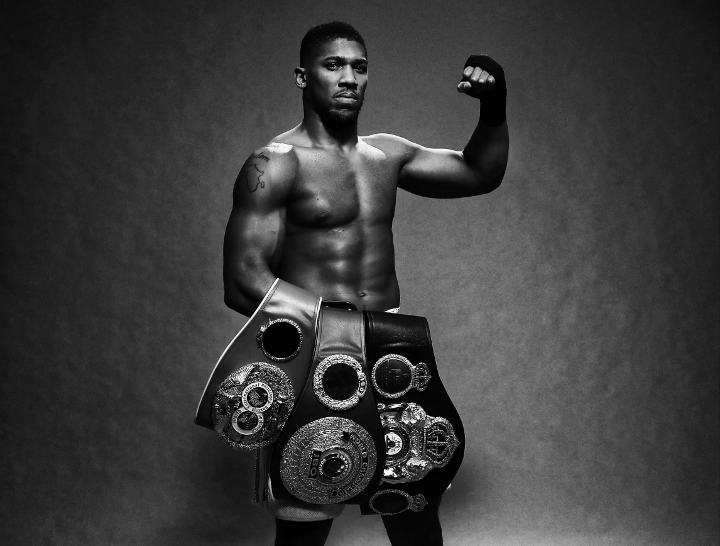 If Joshua wins his next fight, Hearn indicates that his boxer will place a lot of pressure on him to make the Wilder fight happen.

"There'll be too much pressure for that fight, not just from the fans, but from Anthony Joshua. People don't know him like I know him. He wants that fight. He sees Wilder as a very straight forward fighter. There's no fear."

Hearn was also happy to see Wilder's huge television rating for the fight with Ortiz - which generated a peak audience of 1.2 million viewers on Showtime - and their show was going head to head with a live HBO televised doubleheader.

"I was really pleased. He's becoming a bigger star now and that's what we want," Hearn said.

There have been a lot of rumors that Joshua, who fights on Showtime, is planning to jump to HBO.

Hearn has recently been showcasing several of his fighters on HBO and Joshua's deal with Showtime is coming to an end.

But, Hearn rejects those rumors and says his boxer is very happy to remain with Showtime.

"I read all this stuff about he's moving to HBO … completely untrue," Hearn said. "We will talk to people, but Showtime backed Joshua five fights ago when others were [only] thinking about it. They've committed to him. We're very happy where we are."

[QUOTE=Bobby Shaw;18556944]So Wilder's fight was not on PPV but he demands equal spoils? It's an interesting way of thinking.[/QUOTE] boxing fans should demand the fight the negotiation should be left to whos job it is

[QUOTE=JRB123;18566349]He beat Martin by a counterpunch and knocked down Takam from a counterpunch. He has it in his repertoire. Joshua has been patient against some of his opponents and then reacts accordingly.[/QUOTE] I am not saying he cannot counter-punch. It…

[QUOTE=sotgoda;18558470]AJ does not have a counter-punching style.[/QUOTE] He beat Martin by a counterpunch and knocked down Takam from a counterpunch. He has it in his repertoire. Joshua has been patient against some of his opponents and then reacts accordingly.

[QUOTE=Eff Pandas;18557487]I mean how do you even propose Wilder get bigger to make this fight a casual fan big fight? Fight Breazeale, Whyte & Kownacki? You think those W's would get the casual fans on his back? [I][B]You think anyone…

[QUOTE=OnlyBeingHonest;18556838]Glad to read this. Let's hope he's being honest.[/QUOTE] When was the last time a promoter was honest?Them two words don't belong in same sentence lol.But I hope Joshua will be man enough to say NOW.Because he is big enough…