The awaited ring return of Anthony Joshua will take place in front of a live audience.

Authorities in the United Kingdom have granted clearance for up to 1,000 fans to attend the December 12 show at Wembley's SSE Arena, headlined by Joshua's unified heavyweight title defense versus mandatory challenger Kubrat Pulev. An announcement made on Wednesday by event promoter Matchroom Boxing confirmed the good news of the sport's largest live draw not having to fight behind closed doors.

"I can’t tell you how happy I am to see fans returning to our live boxing events," said Eddie Hearn, Joshua's career-long promoter. "Whilst the team have done an incredible job over the last 10 months we live and breathe through the energy and atmosphere that a live crowd generates.

"It’s so fitting that they can return for an AJ fight, when through the last few years he has broken all kinds of attendance records in the U.K. and beyond. This is such a positive move for boxing and all sport. Welcome back!" 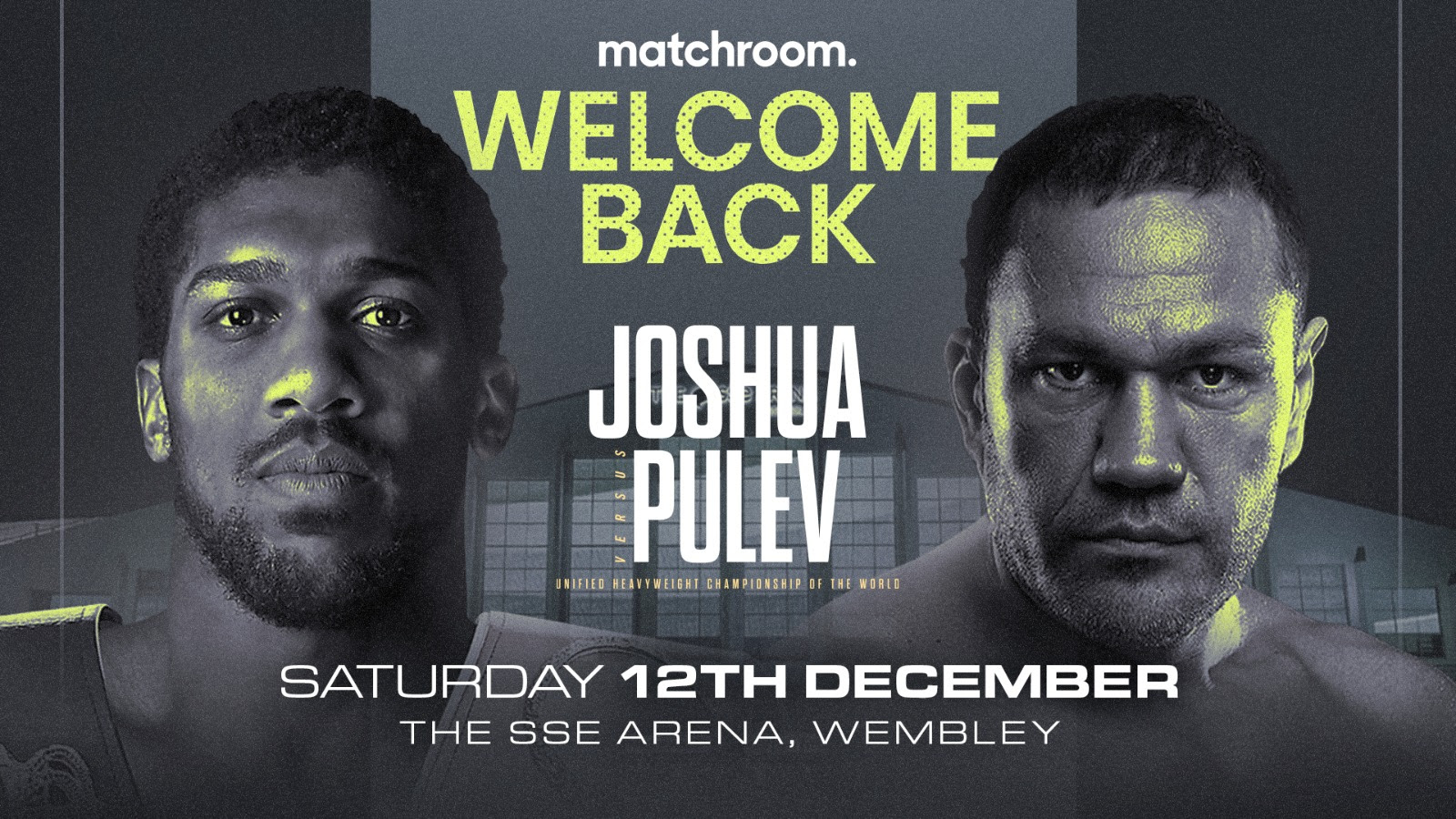 The announcement marks the first boxing event in England to take place with fans in attendance since the initial wave of the ongoing coronavirus pandemic in March.

The crowd on hand will be a pittance compared to the size of events which Joshua (23-1, 21KOs) has headlined throughout his already illustrious career. The hulking Brit has served as a huge draw since coming out of the 2012 London Olympics where he captured a Gold medal for hosting Great Britain. His first career title fight—a 2nd round wipeout of unbeaten Charles Martin in April 2016—sold out within minutes, as was the case for subsequent knockout wins over Dominic Breazeale and Eric Molina in separate title defenses to round out the year.

Joshua's legend began to grow beginning with his off-the-canvas, 11th round knockout of former lineal heavyweight champion Wladimir Klitschko, which came in front of a record-breaking crowd of 90,000 at Wembley Stadium. The bout marked a four-fight stretch where Joshua's fights amassed more than 320,000 fans in attendance before taking his act stateside.

A packed house came of the night at Madison Square Garden, albeit in a shocking 7th round knockout defeat to Andy Ruiz last June. Joshua righted the ship in their rematch, claiming a decisive 12-round win to regain his slew of alphabet belts last December in a makeshift outdoor stadium in Diriyah, Saudi Arabia.

Joshua's mandatory title defense versus Bulgaria's Pulev (28-1, 14KOs) was due to take place June 20 at Tottenham Hotspur Stadium, a North London stadium which can accommodate more than 62,000 in attendance. Those plans were shut down due to the ongoing coronavirus pandemic, with the sport as a whole returning but largely with only essential personnel permitted on site.

That changes next Saturday, much to the delight of the hosting venue.

“As a response to the coronavirus pandemic, ASM Global has partnered with medical professionals, industry leaders, and public health officials to create a welcoming, secure environment while providing the most advanced hygienic safeguards for anyone visiting the building. We are following all government and local authority health guidelines in order to reopen, and look forward to bringing fans and events back in a Covid-secure way.”

With the permitted crowd also comes conditions which will be strictly adhered to in terms of ticket purchases and fight night protocol:

[QUOTE=Oldskoolg;20923223]Hopefully the prices are so extravagant that the typical Pisshead football song singers are absent....[/QUOTE] Let's be fair. They made Mayweather/Hatton all that more entertaining.

[QUOTE=labash;20924519][MENTION=12987893]Jkp[/MENTION], Lenox Lewis got busted by Hassim Rahman, Oliver McCall both massive underdog same for Mike tyson and living oldest champion Bernard Hopkins. Every champion will taste d canvas but so will remain while other get dusted and rise above…

[MENTION=12987893]Jkp[/MENTION], Lenox Lewis got busted by Hassim Rahman, Oliver McCall both massive underdog same for Mike tyson and living oldest champion Bernard Hopkins. Every champion will taste d canvas but so will remain while other get dusted and rise above…

Pulev will bamboozle AJ with the cobra-like jab. Game over!