Joshua: It's Baffling Why Wilder Rejected DAZN Deal To Face Me

IBF, IBO, WBA, WBO heavyweight champion Anthony Joshua believes that his two division rivals, Deontay Wilder and Tyson Fury, have their best chance to beat him right now - because he says it won't get any easier down the line.

Joshua, 29-years-old, says his career will continue for quite some time - while he views Wilder and Fury as already reaching their primes.

"They’re coming to the end of their careers, 10, 11 years as professionals. I’ve been doing it five years. The longer they leave it, I don’t think they’re going to get much better. It’s worse for them because I have another five years honing my skills. I’m not the finished article yet. I’m still working towards certain things so imagine another five years or another 18 months for my bag of tricks. I’ll have a few more skills. The longer they leave it, the worse it’ll be for them so they should crack on," Joshua said to The Mirror. 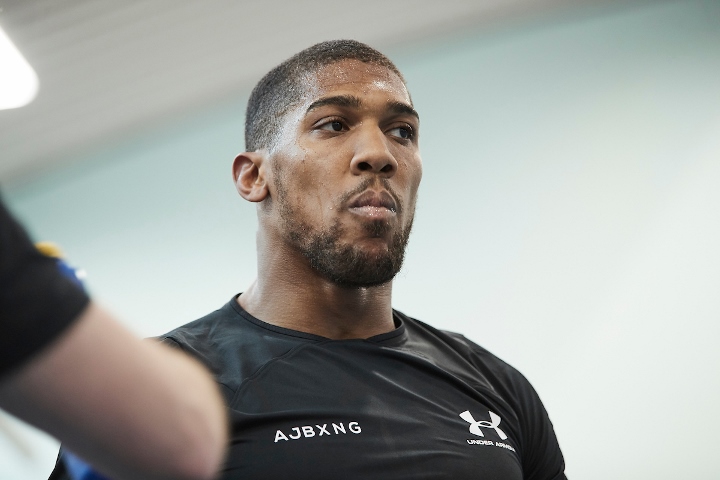 Joshua is coming back on June 1, when he makes his United States debut against Andy Ruiz at Madison Square Garden in New York City.

The British star explains that Wilder made a big mistake in turning down a multi-fight deal from DAZN, who were offering over $100 million to bind him to their streaming service.

"A contract offering him a chance to fight one warm-up then me. And he could have fought me straightaway if he’d wanted, there was that option. It’s baffling to know why he didn’t take it after all the talk. How much more money has to be on the table? Broadcasters run boxing. But then we’ve had this situation before when fighters were on different broadcasters and still managed to fight.

“There is the promotional side too and promoters protect their fighters, which is right. But if you believe in your fighter and they become undisputed, then you’re in a win-win situation. You take the risk and get the reward.”

[QUOTE=Califire209;19793076]You wasted your breath didnt you. It dont mattet because you're fake fraud paper champ AJ just got the sheets pulled off Him. He'll be lucky if He can beat Andy in the rematch.. Wilder would have ruined his career…

[QUOTE=Robbie Barrett;19774656]So Wilder is lying about the fight not happening this year for sure? Nice to see you think Wilder is a liar.[/QUOTE]You wasted your breath didnt you. It dont mattet because you're fake fraud paper champ AJ just got…

[QUOTE=davefromvancouv;19781343]They are either casuals or knowingly trying to deceive casuals.[/QUOTE] both..... should be tied up, plssed on, then dragged behind a horse just saying

[QUOTE=aboutfkntime;19780104]the bold..... was glaringly obvious right from the word go, I said that until they offer Wilder more than 32.5%..... no serious offers were harmed in the making of that fight SOOOOO OBVIOUS !! but no, just like with Golovkin/Ward.....…

[QUOTE=davefromvancouv;19778575]That happened already. After sending Wilder a low-ball flat-fee offer of 12.5 million, people were understandably shocked because Joshua had JUST given Parker a 33% split and everybody believed this was a much bigger fight with the longest reigning heavyweight…