Joshua Franco Wants To Move On: No Fourth Fight With Negrete

In front of an electric crowd at the Theatre at Grand Prairie, volume punchers Joshua Franco (15-1-2, 7 KOs) and Oscar Negrete (18-2-2, 7 KOs) went mano a mano in a trilogy fight and NABF & WBA jnternational bantamweight title bout.

They  went the distance and saw more than 1,800 punches thrown between the two rivals, but was ultimately declared a split draw by the judges.

With the first of their epic encounters also a stalemate and the second a controversial split decision win in favor of Franco, the question as to whether a fourth clash might take place inevitably lingers. 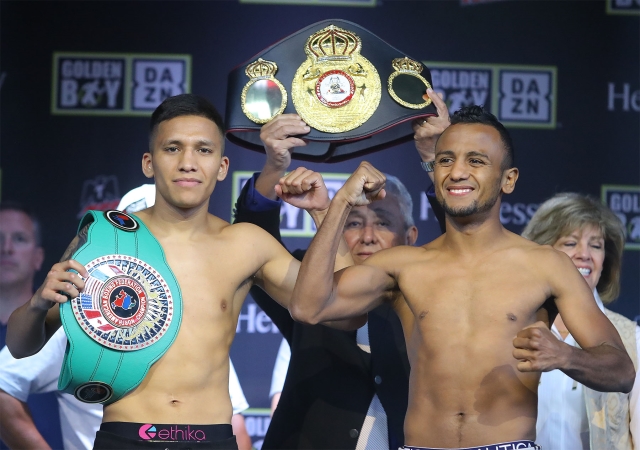 Franco ruled out the idea of a fourth fight with Negrete.

"It was a tough fight, but I put it all towards the end, and it is what it is," said Franco.

"Negrete is a tough fighter. He is always going to be tougher when we fight. Nothing but respect to Negrete. Nah, no fourth fight. I may move on to something else or see what happens."

But Negrete is open to the idea of a fourth bout.

"I think this was a great fight, a close fight and we are in Texas, so I had to knock him out to win," said Negrete.

"Franco is a great fighter and he has my respect. I have to admit that he knew how to assimilate to my punches and then what resulted is he started grabbing on to me to prevent me from landing more. For right now the fourth fight, to be honest, I want to see what my promoter has to say, but if he wants to fight, let's do it. I'm right here."

In the main event of the card, local phenom Vergil Ortiz Jr. (14-0, 14 KOs) brought the fireworks in his much-awaited hometown debut in the form of nonstop power punches that eventually delivered Antonio Orozco (28-2, 17 KOs) his first knockout loss in the sixth round. This pivotal win earned Ortiz Jr. the WBA gold welterweight belt and brings the serious contender yet another step closer to earning a title shot.