Joshua's Coach Explains Why Wilder Fight Must Be in The UK

At the moment, the two sides have hit a brick wall in terms of reaching an agreement for a showdown in the fall.

Wilder wants the contest to go down in the United States, and his handlers have offered Joshua a guarantee of $50 million to get the deal done. 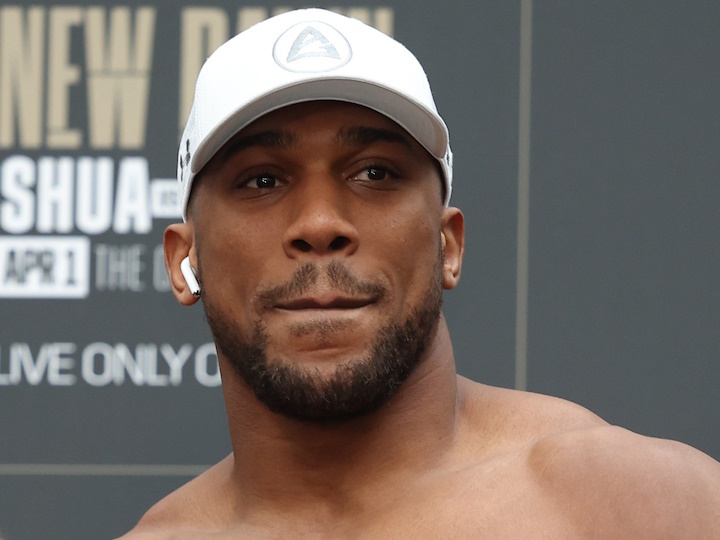 But huge amount of money has not been enough to persuade Joshua to fight on foreign soil.

Joshua is very willing to make less money in order to fight Wilder in the UK - likely at Wembley Stadium, where Joshua brought in a record 90,000 fans for his TKO win over Wladimir Klitschko.

If Wilder does not agree to fight in the UK, then Joshua will face WBA mandatory challenger Alexander Povetkin.

Whether it's Wilder or Povetkin, McCracken says the contest must happen on UK soil.

“I do what I think is in Anthony’s interests and right now I think what’s best for him would be to box in the UK,” McCracken explained to Boxing News.

“Whoever that’s against, whether it’s against Wilder, the likes of [Alexander] Povetkin. You’ve got fighters like Dillian Whyte doing fantastically well, right up there at the top. There’s one or two other really good fighters out there. But my thinking at the moment is he fights in the UK. Without a doubt for me the Wilder fight will take place, it’s just whether it’s this year or next year, that’s to be determined. I’d like Anthony to fight in the UK in his next contest. I believe that’s what’s in his interests and best for him.

“He fights in stadiums. He’s filled three of them, he did Wembley against [Wladimir] Klitschko and he’s done the Principality against [Carlos] Takam and Joseph Parker. He’s been a breath of fresh air for British boxing. He’s a great bloke, he’s great for the sport. He speaks well, he looks well, he’s likeable, he’s genuine. You can’t speak highly enough of Anthony and he’s a real fighter. He takes challenges up. He’ll fight anybody. But I still believe if he’s filling out stadiums, he’ll fight in America at some stage but not right now. I think he should be in the UK for his next fight."

[QUOTE=just the facts;18835656]Then why wouldn’t the best heavyweight in the world want to come to Vegas, beat a “nobody” and collect 50 million?[/QUOTE] Because Pbc is corrupt and AJ is too smart to sign anything involving their contracts. PBC contract…

[QUOTE=Muz;18835566]Which is why Deion sanders never tried tackling a rb. Not many NFL CBs do that, they got no heart. Just all finesse and swagger.[/QUOTE]Plenty of them do, you just don't know the sport, just like you don't know sh*t…

Usa fighters today lack initiative, they haven't been forced to earn anything growing up in today's entitlement culture.