JOSHUA BUATSI will fight on Tony Bellew’s undercard next month.

The 2016 Olympian was last in action at the Principality Stadium last month.

Buatsi was extended to points for the first time in his career by Bartlomiej Grafka of Poland. 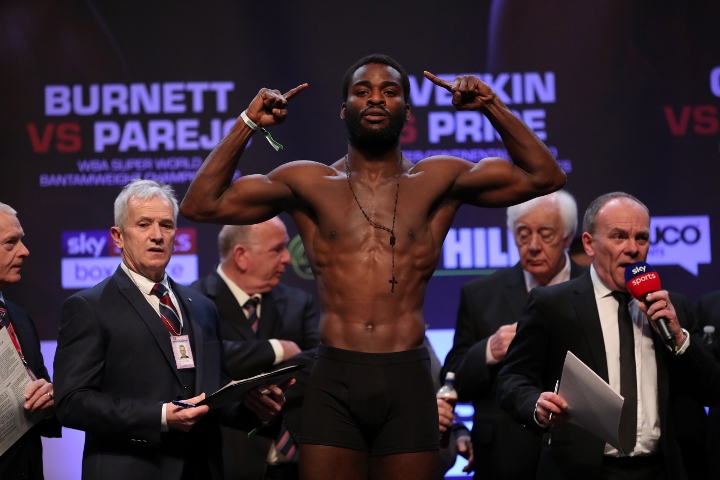 That fight took place on the undercard of Anthony Joshua’s world heavyweight title victory against Joseph Parker in which he added the WBO crown to his IBF, IBO and WBA Super belts.

And the 25-year-old will be back in the ring on May 5, exclusively live on Sky Sports Box Office, as part of the supporting cast to Bellew’s heavyweight grudge rematch against David Haye at the O2 Arena in London.

The main event is flanked by a whole host of names, with Joe Joyce set to be in a big fight alongside John Ryder’s clash against Jamie Cox in the super-middleweight division.

Martin J Ward defends his European super-featherweight title against WBA International champion James Tennyson in what is being described as a world title eliminator, while there is expected to be action for Michael Page and Willy Hutchinson on the same bill as Paul Butler faces Emmanuel Rodriguez for the vacant IBF world bantamweight title.

IN OTHER NEWS: LAST November 18, 2017, Harmonito “Hammer” dela Torre saw his streak of 19 straight wins come to an abrupt end when he absorbed a unanimous decision loss to Olympian Tugstsogt Nyambayar in Las Vegas, Nevada USA.

Dela Torre will have a chance to get back on track when he battles Jovany Rota in the undercard of “Undefeated” fight card slated April 28 in Glan, Saranggani Province. The loss to Nyambayar dropped Dela Torre’s record to 19W-1L-0D (12Kos) and the Sanman Boxing Gym fighter vowed to pull off a big bounce back win against Rota.

Dela Torre admitted that the loss was a bitter pill to swallow but the debacle also taught him to work even harder.

TBA fights are always great but the main thing with this card is they finally get Joyce-Chisora signed.