Josh Warrington Vows: I Want an 'A' Class Performance!

“We took our eyes off a few things before the last fight against Kid Galahad. We were so concentrated on unification fights and just beating him up. I think we took our eye off the ball in a few areas of training," Warrington said.

"This time, I have not looked beyond Takoucht. There is talk about unifications or going back to Elland Road, but the focus is this fight and this fight only. I want an A class performance after the cuddling contest against Galahad. Sofiane can go home a hero by beating me and I can’t let that happen. World champions can get complacent, but we are on a mission. My mentality isn’t that this is an instant win. Winning is the most important thing but I want to send a message and win in style.” 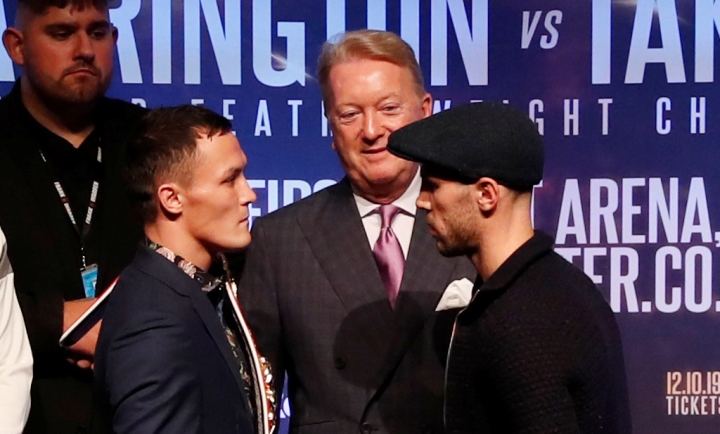 “Hopefully there is no banana skin and if Josh comes through we can get to Elland Road again. He is the best featherweight on the planet and can go on to become one of the best fighters of his generation. Josh is something special and we will make big fights happen, but he has to get past Takoucht," Warren said.

"Zelfa against Jordan, this is a good fight. They are both skilful fighters, competitors and I’m sure we will see something special on Saturday night. Zelfa is my fighter, but I love having Jordan on our shows. I’ve never seen a guy give so much as he does. If Lyndon can come through there is a lot happening among the British light-heavyweights and he will be in the shake up.”