Josh Taylor: I'm Even Hungrier Now Than When I Was Up and Coming

It has been nine years since Josh Taylor boxed at York Hall and his memories of one of British boxing’s spiritual homes are not the best. The last time he competed in the famous East London venue was in 2011, when he lost in the final of the GB Championships to Louis Adolphe. He returns on the brink of world stardom.

Taylor will defend his WBA and IBF super-lightweight titles against Apinum Khongson, of Thailand, on Saturday. Delayed from May, when it should have taken place in Glasgow, a return to York Hall – which was originally a swimming pool and has staged boxing since the Fifties - is hardly the takeover of America he had imagined when he signed for Top Rank. But needs must and it is never bad to take stock of what he has achieved.

Taylor, who was already a Commonwealth Games silver-medallist in 2011, would go on to compete at the London Olympics in 2012, where he beat Robson Conceicao, who went on to win Olympic gold four years later, before losing a controversial decision to former world amateur champion Domenico Valentino. He then claimed Commonwealth Games gold in Glasgow in 2014 before turning professional, where he has claimed first IBF, then WBA world titles while winning the World Boxing Super Series. 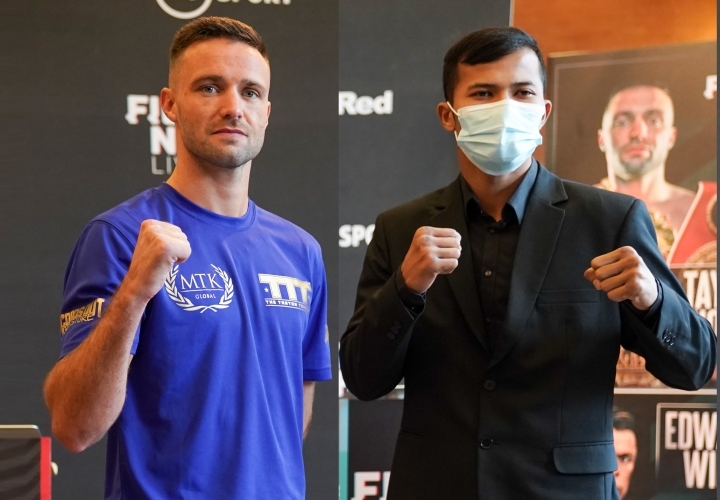 Part of Taylor’s make up is that he is a terrible loser. He has been known to throw over board games in a fit of temper when things do not go his way and even that long ago loss to Adophe still hits a nerve.

“That defeat was daylight robbery,” Taylor said this week. “A double count back in a Scotland versus England match in the heart of London! Daylight robbery and you’re talking about nearly 10 years ago.

“I won that fight hands down and never got a decision. Amateur boxing was terrible at times, really bad in terms of decision making. “It wasn’t the fact I did anything wrong, I thought I boxed really well, it was just the points scoring at the time was terrible. It just made me more determined to succeed.

“All those experiences have just made me more determined to be better.”

Khongsong, 24, the IBF’s mandatory contender, has been widely written off as a brief detour en route to a fight for the undisputed title against Jose Ramirez. But Taylor is slightly fed up by the Ramirez talk and insists the Thai is a worthy contender.

“He’s got good timing, he’s got a kind of unorthodox, unrhythmic bounce, he’s good at luring his opponents in on the back of that,” Taylor said. “He punches through the target and he looks heavy-handed. He’s got the same record as me with one more knockout.

“We’re fully prepared and we’re expecting a tough fight against a guy with good explosive power.”

There have been enough big nights, both amateur and pro, for Taylor to be confident to handle most challenges.