Shawn Porter made weight on his first try Friday for his 147-pound title unification fight against Errol Spence Jr. Porter weighed exactly 147 pounds when he got on the California State Athletic Commission’s scale at the Intercontinental Los Angeles Downtown hotel. 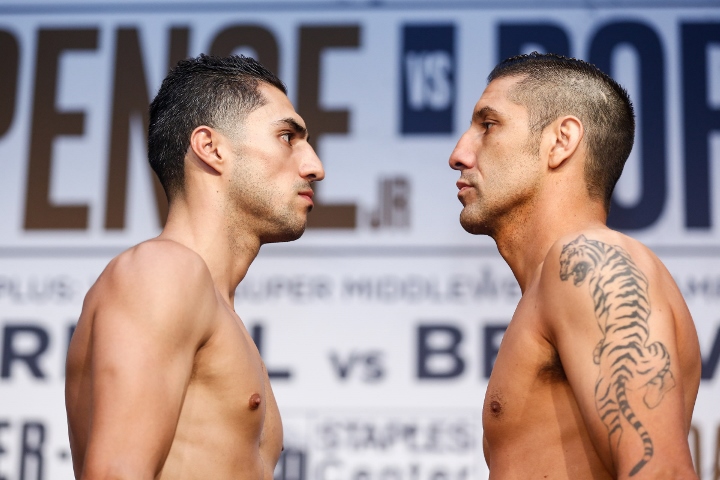