Joseph Parker vs. Junior Fa Pushed Back - Fa To Have Surgery

The biggest grudge match in New Zealand has been postponed until 2021. (photo by photosport)

They were scheduled to collide next month, but top rated heavyweights Joseph Parker and Junior Fa will have to wait just a little bit longer before they get in the ring.

According to Newshub, ubeaten Fa has withdrawn from the fight due to abnormalities were found in his blood tests. 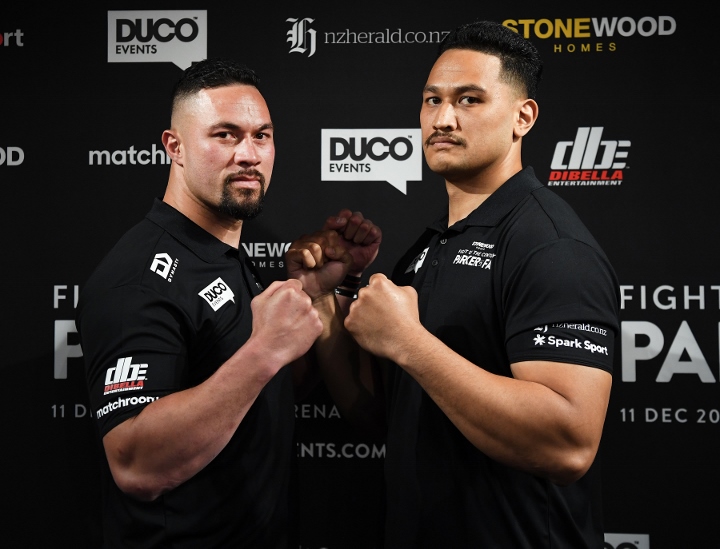 Fa is scheduled to undergo surgery on Tuesday, in what Newshub was told by a source is "not a minor procedure".

There are already ongoing discussions to finalize a new date - with March being tabbed as a potential landing spot.

Fa will reportedly be sidelined for at least four weeks post-surgery, and won't be able to train until January.

Fa (19-0), 31-years-old, has a history of health issues, dating back three years when tests discovered he had low iron and haemoglobin levels. He also had minor gastric surgery to assist him with getting back in top form.

He was last seen in the ring back in November, when he won a wide decision over Olympian Devin Vargas.

Parker, the former WBO heavyweight champion, is 27-2 as a professional. The 28-year-old has a huge edge in experience with fights against Anthony Joshua, Dillian Whyte, Carlos Takam, Hughie Fury, Francois Botha and Andy Ruiz Jr.

In his last bout in February, Parker traveled to Texas and powered past Shawndell Winters with a fifth round knockout

Should be fighting Ruiz again

How they schedule something and turn around that Fa will have a serious surgery? How would something like this creep up? Parker has to move on, it feels like they have been negotiating this fight for so long and it…

Hope Fa's OK... ws kinda looking forward to this one.

No.. ive had time to think, fa is the new pacific islands mountain goat......

cursed fight .. mountain goat or mountain bull****.... fa never pulled out of any other big fights to my knowledge, small things dont hold real champs back, even wilder would go through with the fight, in these times we dont…