The return of former WBO heavyweight champion Joseph Parker is being targeted for the month of October.

According to promoter Eddie Hearn, who still has Parker in a multi-fight pact, a deal is close to being finalizing a "great fight" in Parker's backyard of New Zealand, along with the backing of streaming service DAZN.

Parker has not fought in New Zealand since December 2018, when he defeated Alexander Flores in Christchurch. On the other hand, Parker has not been very active with only two bouts since that period. A win over Alex Leapai in 2019 and a stoppage of Shawndell Winters in March. 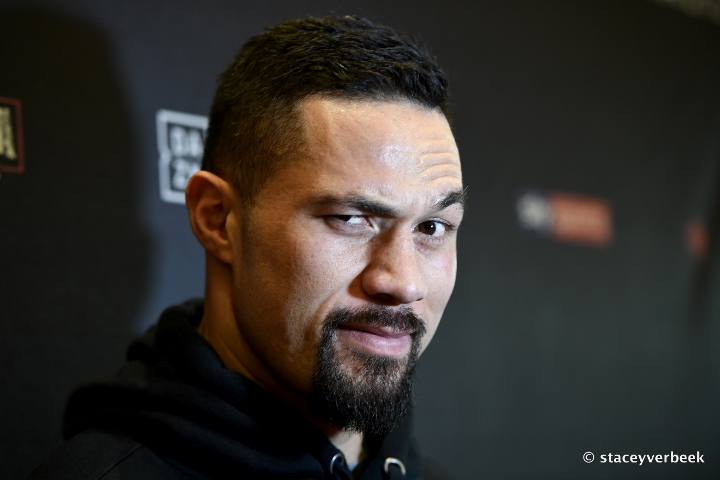 Overseas outlets indicate that New Zealand's current COVID-19 restrictions would allow up to 100 people in the venue if it takes place outside of Auckland.

Hearn is hoping to get the deal done sooner than later.

"Parker is due to fight in New Zealand, which is a project we're working on," Hearn has told IFL TV.

"It will be our first show in New Zealand and we're planning a great fight for him. Looks like it'll be in October. It'll be a major coup to get this over the line."

One of the main options being pursued was a domestic mega-bout with undefeated contender Junior Fa. Another name was former champion Lucas Browne, and also Demsey McKean.

Parker and Fa were too far apart on the money - with Parker's handlers claiming Fa was severely overpricing himself, while Fa's handlers claimed they were being shorted. Browne is contractually tied to another fight, but that scenario could change.

[QUOTE=REDEEMER;20705944]I’m lead to believe Hearn has that fight in the bag with his statements....I would be surprised it’s anyone with multiple losses ,I’m figuring it is a top prospect.[/QUOTE] I like the optimistic outlook and hope you're right. I definitely…

[QUOTE=PBR Streetgang;20704990]Yes, Browne is an underwhelming fight but I'm expecting to be underwhelmed and hoping for something better than that. It's just the reality of making fights in the pandemic era. The Fa/Parker fight seemed like it was having difficulty…

Is Parker-Fa a big fight in NZ?

[QUOTE=Kiowhatta;20704783]Parker needs to put the HW division on notice with a name fighter his next go -around, if he doesn't, he'll be in danger of losing momentum, motivation and tagged with the dreaded has-been journeyman status. I still believe Parker…

[QUOTE=REDEEMER;20704870]Browne hasn’t won a meaningful fight in 4 years against Chaegav and was knocked out by Whyte and Allen not long ago I can’t see Hearn making a statement of a big fight which included Browne . It would have…