In main event, the former Mexican Olympian Joselito Velazquez overcame a tough test and secured a split decision over eight rounds against a battle-hardened Martin Tecuapetla at the Lienzo Charro ¨Jesús González Gortazar¨ in Ahualulco de Mercado, Jalisco - as part of a promotion by Zanfer Promotions with the support of the Government of Jalisco, Code Jalisco, Mega events Code Jalisco and the City Council.

Velazquez (10-0, 8 KO's) at times had to use his abilities thoroughly to stop the dangerous counter-attacks from Tecuapetla (16-11-4, 10 ko's), who showed great physical condition.

The speed and accuracy of Joselito were key to hold off a very strong Tecuapetla in a clash filled with a lot action and exchanges of blows. 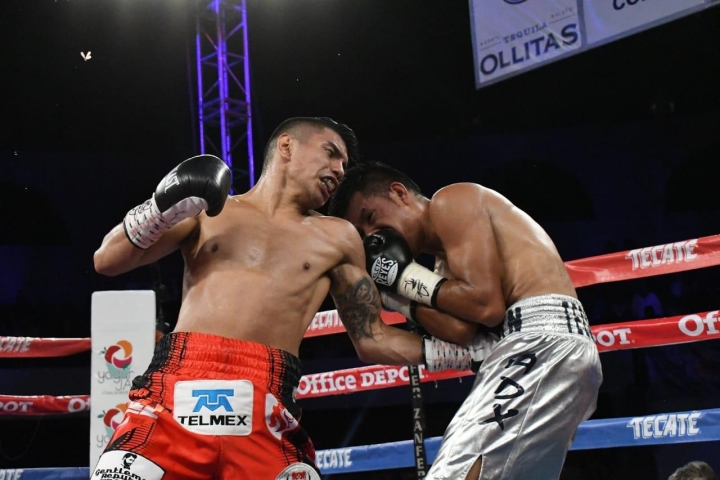 The scores of the judges were: 97-93X2 and 98-92 all for Rivas, who was left with a wound over her left eyebrow from the seventh round.

The "Rusita" Rivas (39-10-1, 11 KO's) always had control of the fight and imposed her best boxing and speed with both hands against Lozano, who endured countless combinations, left and right hands, from the Mexican fighter, but the Venezuelan challenger was always dangerous with her counterattacks.

Both boxers offered action in many exciting moments as they engaged in intense exchanges of blows where Rivas always had the edge.

Tijuana's Sandra "Perla Negra" Robles (23-3, 11 KOs) won the bout with a clear unanimous decision over six rounds against a brave Jessica Rangel over six rounds. The scores were: 60-54X3.

Armando ¨Torito¨ Resendiz secured a big knockout win over 47 seconds of the second round against Miguel Angel Suarez at super welterweight.