The Southern California southpaw scored an impressive 10-round, unanimous-decision win against former two-division champion Jose Pedraza in a junior welterweight fight on the Tyson Fury-Otto Wallin undercard at T-Mobile Arena. Zepeda got off to a strong start and often made Pedraza pay with straight lefts that caused significant swelling underneath Pedraza’s right eye. 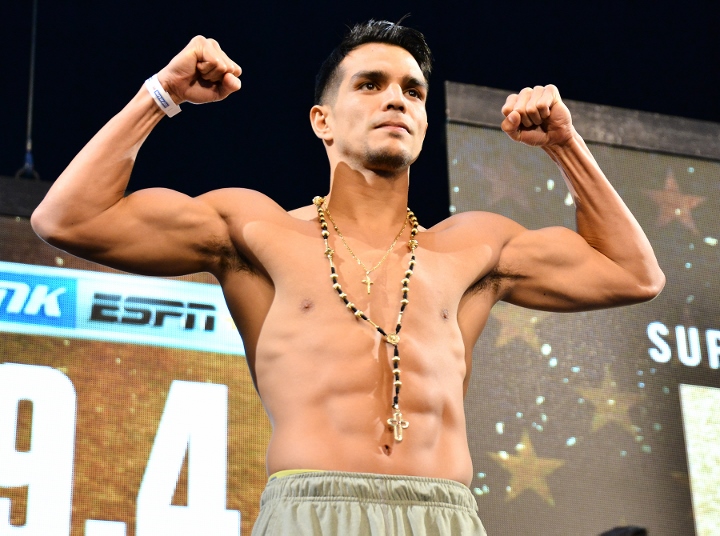 “There was talk that the winner of this fight would get Ramirez,” Zepeda said after defeating Pedraza. “I would love a rematch. I think the people would love it, too.”

His loss to Ramirez was Zepeda’s second defeat in a world title fight. He suffered a shoulder injury in his first championship match, which resulted in a technical-knockout defeat to Terry Flanagan in their July 2011 fight for Flangan’s WBO lightweight title in Manchester, England.

Puerto Rico’s Pedraza (26-3, 13 KOs) lost in his debut at the 140-pound limit. Before Saturday night, three-division champion Vasiliy Lomachenko and former 130-pound champ Gervonta Davis were the only opponents to beat Pedraza.

Davis, Lomachenko and Zepeda all are left-handed fighters.

Pedraza and Zepeda traded hard shots from the inside just before the final bell sounded to end the 10th round. By then, it was too little, too late for Pedraza, who had trouble avoiding Zepeda’s left hands.

A straight left hand by Zepeda landed about 40 seconds into the ninth round.

By the start of the seventh round, Pedraza had swelling beneath his right and left eyes. He took a hard left from Zepeda late in the seventh round, which made Pedraza bob and weave to prevent Zepeda from following with another hard shot.

Zepeda landed a straight left hand early in the sixth round. Pedraza’s right uppercut later was his best punch of that sixth round.

Pedraza pressured Zepeda for much of the fifth round, when he landed solid shots to Zepeda’s body and head.

Zepeda connected with a right-left combination just before the midway mark of the fourth round.

Fighting out of a southpaw stance, Pedraza landed a right-left combination just before the end of the third round. A straight left hand by Zepeda snapped back Pedraza’s head about 1:15 into the third round.

Zepeda connected with a short, left uppercut just before the halfway point of the second round. Pedraza nailed Zepeda with a straight right a little more than a minute later.

Zepeda’s straight left hand connected with just under a minute to go in the first round.

[QUOTE=Ajvar;20066474]Right, so you bought a ticket which made you an expert, did I hear you correct? LOL, that about summs it up about what kind an of expert you are.[/QUOTE] Meet up with me and I’ll show you what type…

[QUOTE=Ajvar;20059195]It's like Loma eats a sole of his opponents. Who out of his opponents was succeeding after their fight with Loma? GRJ maybe is the only one and only because he fought once per year against mandatories.[/QUOTE] Tank Ko'ed him…

Right, so you bought a ticket which made you an expert, did I hear you correct? LOL, that about summs it up about what kind an of expert you are. [QUOTE=Mrsantiago;20066040]Actually I was at the Barclays center when Davis knocked…

[QUOTE=Ajvar;20060000]Sounds by your shallow understanding of Pedraza's and Loma's history I know much more than you. You could listen experts talking about Loma-Pedraza to enlighten yourself. But in a nutshell: - Pedraza lost to Davis and [U]became champion in a…

[QUOTE=Ajvar;20059195]It's like Loma eats a sole of his opponents. Who out of his opponents was succeeding after their fight with Loma? GRJ maybe is the only one and only because he fought once per year against mandatories.[/QUOTE] I heard Salido…